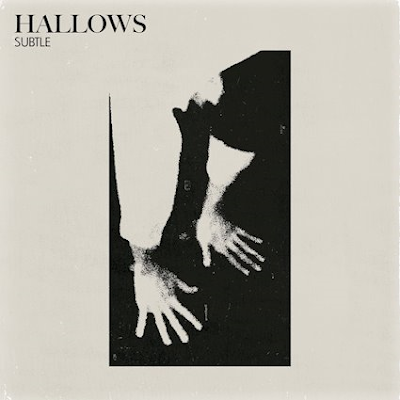 Haven't done much goth centric stuff, since mmm Fotocrime? The new Night Sins almost doesn't count. This is a duo out of Seattle. This is more of an EP than an album as There are really only four tracks as the first one is just an intro. When they kick in I find a blend of modern dance and old school 80's new wave. Yes it is a shade darker. This is highlighted when the male vocals join in. The girls voice is lighter. Things swirl around them in a murky fashion due to the lo fi production that adds it's own charm to the proceedings. The drum programming is their only weak point though it could just be it needs a more bass focused mix. There was however plenty of stuff that came out back in the day that had that sound though I remember it being more reverb based. It sounds like there might be guitar , then when I listen harder I can hear it's just a synth sound.


The dead pan melody of "the Call-Ravenous" could use more hook, and the female vocals on this song so give you a little more to hook you into the song. By the time we get to " In a Sleeping World"  the songs are beginning to become a blur by sounding the same. There are some variations in the synth riffs, the monotone vocals have the same narrative and they might be better off make the female vocals more of a focal point. Midway into the song, things do modulate enough to stay interesting and she does a call and response with him. This is when they first break away from being more of a sound and cross over into songwriting. It is more clear that guitar is coming in here as well. I can here some very early Cocteau Twins influence. The droning nature also recalls Joy Division.

There is more of a hypnotic shoe gaze thing going with the last song. The pace is slower allowing this to stand out from the other songs. I had a girl friend who used to refer to the music I listened to as heroin music, as she claimed it was all so dark and droning it's no wonder I was into drugs. This could fall into that, but that should be worn as a badge of honor. When the modulations into other movements is more dramatic is where their songwriting works the best. The melody the female vocals conjure towards the second half of this song however is the least compelling of what I have heard from her thus far.  The get points for the mood and nailing the sound , I think this project has potential I will give it an 8. If you are really hungry for dark music this might tide you over for a time.