Eminem : "Music to Be Murdered By " 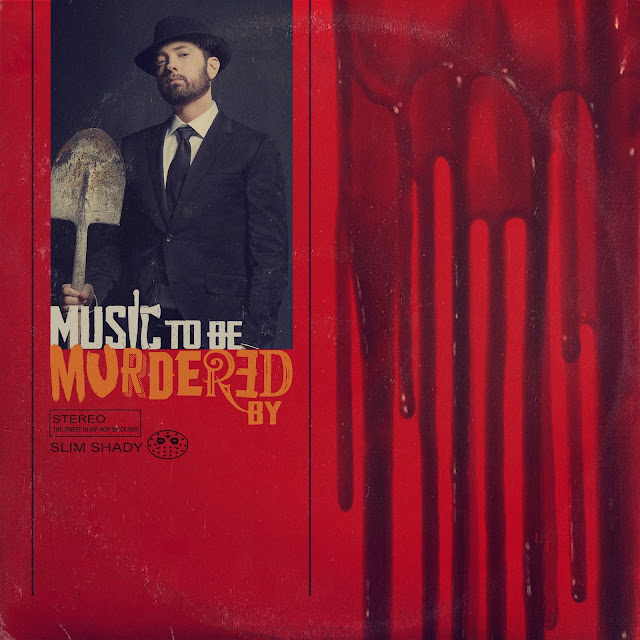 Three types of music should be offensive...metal, punk and rap. Marshall Mathers has been offending people since the 90s. His sound has changed by his verses are still sharp. The only problem is unless he is in the middle of one everything else sounds like everyone else.In particular his beats and the guest rappers sharing verses with him. Lyrically "You Gon' Learn" is tedious and the lyrical equivalent of a  CNN opinion piece. He gets his flare back and finds a sound that works best for him on " Those Kinds Nights".  Ed Sheeran really helps add a melodic dimension and Mathers falls back into a more familiar delivery. Some of the choruses he goes a little too r&b and takes his edge off. The chorus of "In Too Deep" sounds like it would be more at home on a Snoop Dogg album. He really shows his skills and precision as he builds speed on :"Godzilla". The late Juice Wrld's contribution is not as impressive.

With 11 years sober at 47 years old , there is a level of maturity you might expect from. You hear some of that on "Darkness" . Which eludes to the Vegas shooter and reflection on his past drinking. Production wise this album could use more Dr. Dre.  His prowess at spitting lyrics is what keeps even the more mediocre backing tracks in motion.  "Yah Yah" sounds like something Ole Dirty Bastard would have been about it. It is rough around the edges , but musically is one of the album's strongest moments so far. It is the only track at this point in the album where the guest rapper sharing verses with him are really worth a shit.. "Step Dad" proves to be a song that finds a balance between being true to his more classic sound and taking steps into new sounds. Though rapping about the 2nd grade when you are 47 is a little odd.

Sometimes it feels like he trying to hard on songs like " Never Love Again". It's not a bad song , it just feels like he throwing shit at a wall to see what sticks. This point is further exaggerated when followed by tracks that really find him at the top of his game. The chorus to "Little Engine" shows how he should do what he does best. I have heard Anderson Paak in other guest spots he has done for artists like Snoop. His voice works well on "Lock it Up" . Mathers works best when attitude and anger is the forefront. This is what makes "Farewell" click<. While I do not think from a song writing stand point this album is as inspired as his 2017 album "Revival" it is a pretty solid by him that finds Mathers blending his classic sound while still being relevant with the current climate of hip hop. />
13.6
Posted by Wilcifer at 12:36 PM