the Top 10 Rock Albums of the Decade 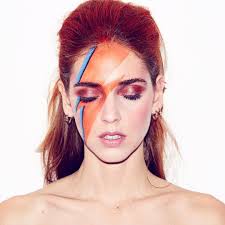 The decade began before this blog was started , I can not just rely on sorting through previous reviews. I am just embedding video clips to support the reasoning for these albums to be listed as such, since I already did a best of the year list for each sub-genre. I broke up the rock list , as it was once bands that were not metal, I separated out hard rock from rock, so this is now more just straight up  rock n roll. What I am looking for here as with most genres is a sound that sets these artists apart. This might not be the hipster list of  rock n roll albums, but it is the list of the rock albums I listed to the most. Some of these artists put out multiple albums in the decade, this is  the best of those. In some cases it boiled down to which album did their voice sound better on. I do not care what other sentiments you attached to the other albums that did not make the list, what matters  is the fact  these are the albums I listened to the most .  Any ways here are the Top 10  Rock  albums of the decade.