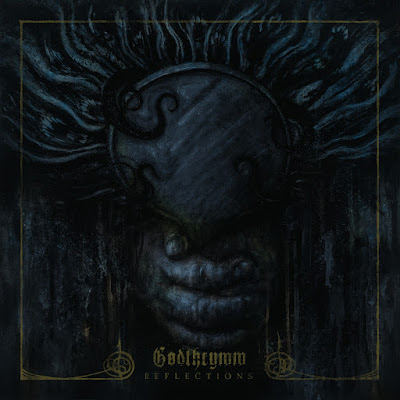 More straight doom than I assumed it would be as going into this I suspected it might be more along the lines of death metal. Granted this does feature former members of My Dying Bride, Solstice and Anathema. The vocals really come through as the saving grace, they are aggressive yet still sung. The music is more in line with funeral doom. The second song works , but doesn't feel as inspired as the opener. There is more atmosphere on " the Sea as My Grave". There is a touch of My Dying Brides more theatrical moments on this one. The vocals provide more of a narration than a melody.  They lock back onto the more melodic direction that works best for them on " We Are the Dead".  "Light of Day" does pick up into the kind of cool Entombed like part that breaks things up well/.

They get into more of an epic Candlemass style of  doom on "the Grand Reclamation". His voice sounds great here. He once again uses grit gracefully. In the last two minutes the pace picks up yet again which seems to be their formula. They do a good job capturing dark and melancholy sounds , but still giving the guys who just showed up to head band something to sink their teeth into. "Cursed Are the Many" feels like more of a grinding direge than the haunting tone of the previous songs. In some ways all of these are dirges, this band just knows how to bring different kinds of dirges to the table. This one is more in the Crowbar vein.  At just over nine minutes these guys are still using restraint when it comes to song writing.

The album closes with "Chasmic Sorrows" which is a five minute instrumental. It is pleasing to the ears , but considering how important the vocals are to what they do it sounds like a cool idea more than a actual song. In some ways this album falls in line with what you might expect from British doom, aside from owing little to Sabbath, in other's it has a sludgey American sound,.It's an excellent album I will give it a 9. For all tyour heartbreak to come this albums comes out on Valetines and is being released by Profound Lore.