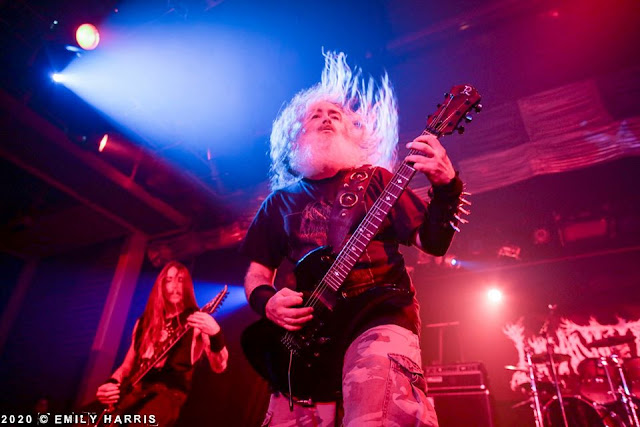 This was a concert I had been looking forward to since it was announced. Three of my favorite metal bands on one bill. Let me go into this by saying the Buckhead Theater is not the best venue for a metal show. Yes, it is a nice venue, but this is the second time I have seen a rock show there where it was not loud enough .Their sound crystal clear. But with death metal you need volume to provide the density. This is was effected my first impression of Incantation who had taken the stage by the time I got there.This was my first time ever seeing them live, I have seen both Morbid Angel and Watain several times live. It is hard to say which I have seen more.   Incantation are great at what they do , however just coming out and playing with all the lights on made them feel like just another death metal band. I good one, but there was little to set them aside in the live setting. The atmosphere and the darkness churned up from their music needs to be replicated with dimmer lighting. Incantation did not need to go the lengths that Watain did. But anything would have enhanced the experience beyond what felt mediocre to me, thus really killing my desire to listen to them the next day. 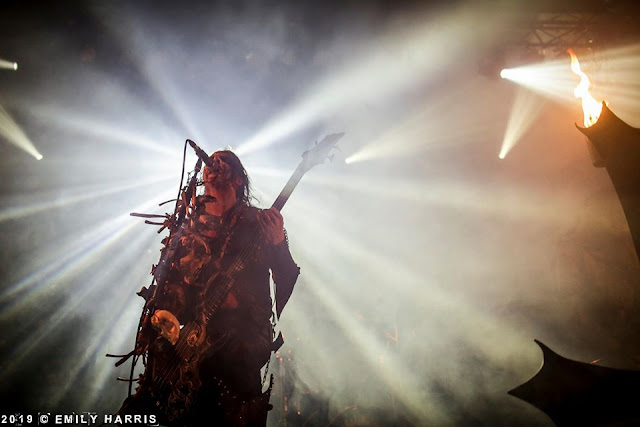 Watain had their backs to the wall. They came into this tour under the hardship of having guitarist Pelle denied entry into the country by customs. This forced The bass player to play guitar and Erik to play bass . They handled this shift well and I think it added to their performance., Erik had played bass previously for Dissection so was certainly capable. Truth be told Watain pretty much stole the show. It was not just the stage show, that had their typical fire and lights in the ritual setting, but they were the one band who it felt did not have their sound comprised and they were not only louder than Incantation, but came across as louder and more intense than Morbid Angel. They stuck to a set of their more in your face fast and furious songs, which worked well. Where death metal can be the image of evil it is the sound of black metal that actually emanates darkness and I think this was proved here . 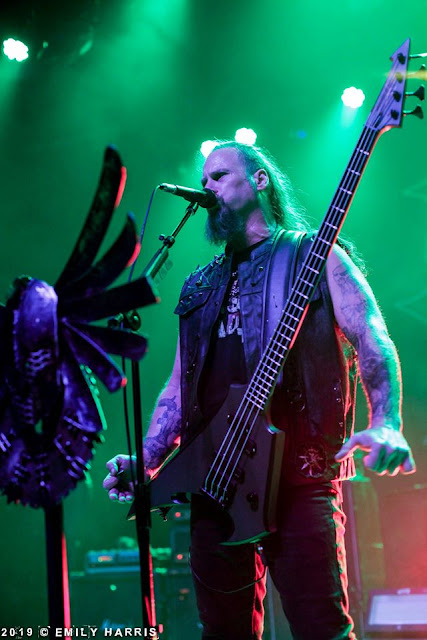 This was my second time seeing Morbid Angel without David Vincent. I think "Kingdoms of Disdained" is the first album of their's that really picks up where they left off after "Domination".   They were much more intense when I saw them with Tucker open up for Pantera back in the day. The problems I previously stated with the venue that plagued Incantation were the same ones that befell Morbid Angel. They came on with little fanfare and the lights on. Trey walked onto the stage and mumbled something to the crow, making me think he was really high Where Morbid Angel came out on top of Incantation is the fact that despite the problems with volume, which might have made them marginally louder than Incantation, when they played old stuff the songs powered through. The new stuff not as much , even the songs off of "Kingdoms Disdained". The evil felt more obligatory than when I have seen them in the past.  I still bought a Morbid Angel shirt, partially because I already have two Watain shirts, but they did not make me feel bad about their performance it was jsut not what I have seen them to be capable of in the past.
Posted by Wilcifer at 2:28 PM