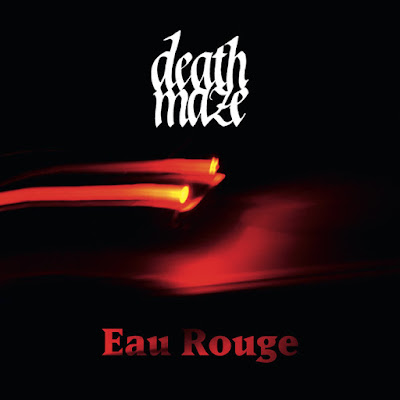 Here is an interesting band from Belgium. I will go ahead and tell you that Belgium has a pretty flourishing punk scene. If you miss the old days of Night Sins before they became so polished and poppy then this might be the album you are looking for. It is less cold wave and more post punk than Night Sins. His voice is more like King Dude than Andrew Eldritch.Their sound which does have some song writing to it works really well the first two songs. It is when we get three songs into it that  I begin to hear that They learned one Joy Division riff and decide to make the most of it. Sometimes his vocals take on a husky bark more like Lemmy, not as guttural as death metal.

They get more aggressive on "Half a Sun" but it's basically the same riff they have been using for the first four songs. There is a slight variation on "Flames Eternal" that gives it more ofa Cure like sound than Joy Division. The throaty vocals also give it more of a Killing Joke spin. As you can see there ware influences to please "goth" fans from every direction. The drum programming is also a little flat so it's a mixed bag here in terms of their over all sound. I bet it is fun live though with this blaring at you.  I do like how the guitar modulates and brings more of a sonic heaviness to the end. They need to do this more instead of holding static tension so often.

They break away from the tense static guitar parts for a more nuance and strummed guitar part for "Cybercrime". It is weird how the more coarse vocal off sets the lighter more melodic music. The sung vocals come in and for ma weird pattern . Almost a poly- rhythmic chant Overall this is a pretty solid effort despite some of the uniformity in sounds. I will give this an 8.5, I like it because despite it's faults it is not just a Joy Division tribute or too far into the punk side of the equation yet has some anger to it. .  Being released on Throat Ruiner Records."