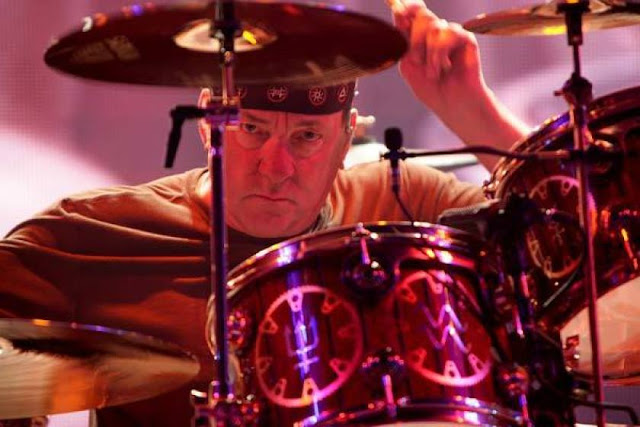 Any kind of Rush fan knows by now that Neil Peart died at age 67 today. Rush was one of my favorite bands in high school and I have always returned to their albums. Perhaps not as fervently, but with a profound respect for what they do . Let's face it any prog anything of any genre that cropped up after 1980 owes it's existence to Rush.

It was my sophomore year of highschool and a older friend of mine decide to leave school with me after lunch to get high. Up until this point I was only familiar with their radio songs, so when he asked me "Do you like Rush ? " My response was ..."They are ok". Then he put on the tape of "Caress of Steel" . It was mind blown, had to go buy the tape the next day. This is turn lead me to "2112" and those tow albums stayed with me. I was always more into their metallic earlier work, but grew to .love the odd synth tinged " Grace Under Pressure " album as well. Granted every album, has it's golden moment. These are the ones that have shone the most for me

. I hope Geddy Lee and Alex Lifeson have the decency to not go on with out Peart, He was not their first drummer, but he did define their sound. In making this list there is very little of the radio stuff that made me think they were just o.k and songs that prove this is a band that if you judged them by their radio songs, you would not have a very fair picture of who they are .