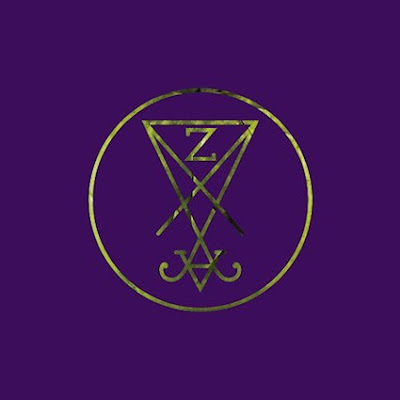 This project's last album was met with a great deal of hype ridden fanfare. It was good , but did not blow me away like it did other members of the press.  The concept of this project is Manuel pondering what satanic gospel might sound like. Much like the previous album I find myself asking what is so different from what Algiers has already done? Manuel's more sung vocals have improved. There is also a thicker atmosphere at the edges of the album. When things get more intense on "Servants" its feels more like industrial than metal. There is a more black metal feel to "Don't You Dare". The black metal elements are juggled with the negro spiritual theme of the album which adheres to this projects mission statement. Then things stay more aggressive going into "Fire of Motion". While it's not black metal, it is a fun driven thrashing that might have more in common with Slipknot.

We are skipping over the atmospheric interludes like "the Hermit" and just focused on the actual songs. A palm muted guitar continues bringing an almost nu-metal groove to "Row Row". Perhaps blackened gospel nu-metal might be the sub-genre to rise up around their sound. As with this song and the one before it the nu metal elements tip the scales heavier than the black metal ones. By the time I get to "Ship On Fire" the novelty is beginning to wear off, though the songs on the front ned are certainly stronger than the previous album. The more rock elements of "Waste"that run under the attempts at black metal are more interesting. The black metal sections seem like they are being forced and don't always flow naturally.

"You Ain't Coming Back" could almost be Cold War Kids if you were doing a blind listen. This more rock n roll side seems more natural. When framed against their so called black metal moments, it makes me doubt if that darkness is in him to expel.   If you ever wondered what Sevendust would sound like if they gave black metal at stab the song "We Can't Be Found" answers that. The choked vocals don't convey anything I believe. The title track finds vocals falling over a more minimal and atmospheric back drop with a little bit of an industrial pound. The more melodic vocal melody reminds me of Satchel from the 90s. "Built on Ashes" in it's less soulful moments doesn't strike me as anything heavier than the last Deftones album. I'll give this album an 8.5. It's a great improvement over "the Devil is Fine" which I gave a 7. It's not as amazing as what other journalists are going to try to tell, but it's a more refined and better produced effort that lives up to the glimpses of potential shown on the previous album. Blackened Nu Metal is now a thing!