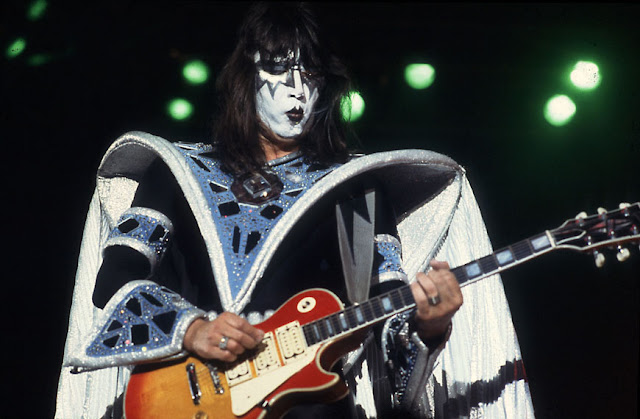 Sure his solos are formulaic,and has a punk sloppiness to it at times but his playing has a fire to it that helps define the sound of his band. Marrying metal and punk at the cross roads that became thrash. He uses an evil chaos in his playing that made his band darker than the other thrash bands at the time.

His playing goes beyond black metal. Romantic touches of neo-classical gives a more gothic touch to the architecture of his songs.He has branched out to 8 strings for his solo work. More of a shredder than you might expect he will go down as underrated except on this list where he is earning his rightful place.

He doesn't solo in the traditional sense. He does add sonic dynamics where solos would go and is almost jazz like in the way he gives the drums and bass room to breathe. He knows how to keep the tension and get a big arena rock sound when needed. He influenced an entire generation of progressive metal players who live for the groove no matter how complex or simple.

He has some memorable solos. His band is known for their big riffs, but he works around the chugs and gallops owing more of a rock sensibility to his playing that heavy metal thunder. I don't think his band could work without him even though he stepped in to replace Dave Mustaine many moons ago.

How could he beat out Hammet you ask? His playing is more creative and darker. He uses up more sonic space to create a sense of unease on his band's earlier work, but is able to solo with the best of them when it is called for. He weaves in noise and chaos while still managing to create grunge anthems that dominated the air waves.

He had some big shoes to fill. Rather than living in the shadow of the great players who stood beside he boss before he, Wylde carved out his own sound and brought something new to the table. He could pulls off the Randy Rhodes stuff with his own flair which was impressive live.

Until you see this guy rock it live you have no idea. He is the prime reason his band almost blew Dimmu Borgir off the stage. They might play viking prog, but his playing keeps the band rooted in the rock side of classic metal.

He can pulls a sweep arpeggio out of thin air, despite the fact he is mainly adding melody to the more post-rock side of his former band Agalloch. I haven't sought out his current project as Agalloch is a moment in time I do not want to put down.

You wanted the best you got the best. He plays guitar for the hottest band in the land.  Technically he is outclassed by many players ranked lower than him, but chances are they would not have picked up a guitar in the first place if it was not for him.His solo work is also pretty decent for all you rock soldiers who want the Ace back like he told you so.

He took what Kerry King did and sacrificed it to the Ancient Ones. It returned back to this plan as death metal and crushed many souls. The unique twisted on his personification of chaos, sets him aside as his own island in a genre guilty of rehashing the same old grind. He is the Eddie Van Halen of death metal.