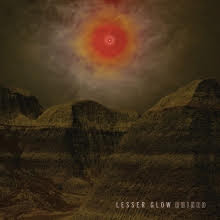 The clean vocals don't really fall any trends, the closest thing would be Mastodon as they are sung by have some grit to them like the kind of soulful bellow Troy Sanders typically utters.The growls have conviction to them as well. Riff wise this feels more like sludge than doom. There is more of an angular slant to "Vacant Throne" the vocals are more yelled out on the verse. When the clean vocals come in they have a more tender touch to the croon. "Tel Meggido" starts off with sung vocals in a way that would make me think of Sevendust if it was not for the angular dissonance in the riff that follows. The atmosphere over this almost reminds me of Ulcerate. Though I can also hear traces of Neurosis. So this is more like pre-"Blood Mountain" Mastodon.

Angular is their thing and they do it with a dark slink. The harsh vocals return to narrate "Empty Eyes" which seems to be about turning friends to foes. When they lock into a chug it gives them the same kind of sludge power that Tombs sometimes taps into. "Under the Polar Shade" doesn't find it self until the clean vocals come in, before that it kinda drags out a bunch of riffs and thrown them around without having any clear cut connection.

I'll give this album an 8. I like how it's angular and melodic. I think the last song gets off to a rough start but gets better. I don't see myself personally getting a ton of play out of this album though it does continue to grow on my the more I listen to it this morning.I did reference Mastodon over the course of the review and while they might be an influence, these guys are not just a tribute band , though they exist in a similar sonic space as the Atlanta band's earlier work. So if you miss older Mastodon, these guys don't have the raw punk traces that were in Mastodon's early albums , but take into in a similar maze.