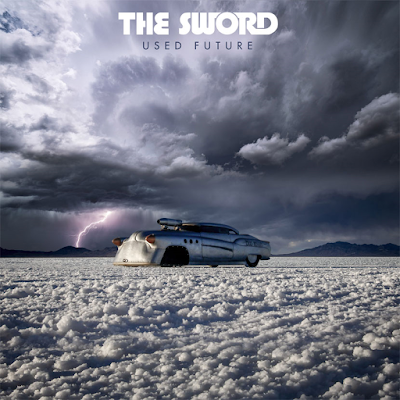 Never really been all that into these guys. Reasonably familiar with their work, prefer their older more metallic moments. They have grown into more of a 70s styled prog band that is still more song oriented like the more radio friendly albums from that era, so not King Crimson. "Deadly Nightshade" is the kind of retro rock I expect from them. After a few listens the song din't blow me , but is easy to listen. I like the groove to "Twilight Sunrise", but the vocals are not as catchy as those on the previous song. The guitar is busier. "The Wild Sky" has more punch when it comes down from space at hits you with the chug. It a cool drugged out jam with interesting sound, and for an instrumental manages to keep my attention. There is more of a 70s feel to "Sea of Green" that almost feels more like ZZ Top. So far this is the strongest song on the album as all the varied elements work in conjunction to create a groove. The plaintive vocals sit in the right space. The songs winds it way around to a more 60s haze. The guitar solo is well placed and performed. I can see these guys doing well with jam band kids.

"Nocturne" is less of an instrumental that stands on it's own and more of an interlude. It is very Pink Floyd with hints of kraut rock. There is a very stoned glaze to " Don't Get too Comfortable". It works as a song, but doesn't stand out against the others. The title track sounds like it could be a Lynyrd Skynyrd b-side. For what it is it's entertaining. "Come and Gone" reminds me of early 60's psyche rock like Coven or Atomic Rooster, more floating and surreal than mystic. They get back to a more ballsy rock approach on "Book of Thoth". It establishes a pretty decent groove. Not as fantasy oriented as Uriah Heap, it does come from a similar era of sound.

"Brown Mountain" is a return to more of a southern rock sound. Progressive rock atmospherics sit behind it to create an odd landscape. I would be leery of anyone claiming this is the album of the year,but it's better than their acoustic stuff and they are good at what they do .I'll give this one an 8.5, while i enjoyed the listens I gave this one , when I want to hear this sort of thing chances are I'll go to the source. If you are a fan then it will live up to your expectations.