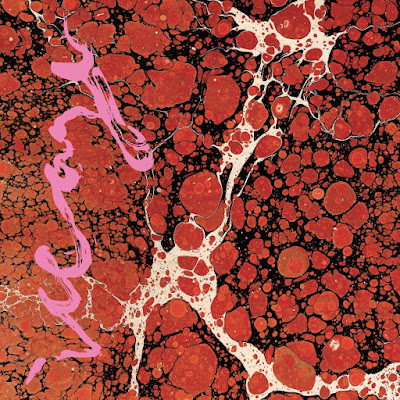 I was worried the boys from Denmark would stray to far from punk after their last album and the funky Rolling Stones like side project of their singer . The first song holds roots in the early days of punk, but is just good fucking music. While the drums continue to have a reckless edge the horns smooth out the sonic landscape for hipster pop singer Sky Ferreria to lend her voice to "Pain Killer".  They languish in the country jangle of " Under the Sun". Unlike most country there is a rather an elegant dynamic build in the song. Swagger is the best word to describe the attitude that flows through the track marked veins of this album. There is a lot going on with "the Day the Music Dies", but the stomp of this attitude can be felt during this journey. Its more 60s garage rock, but the lines of where that intersected with the rise of punk back in the day was just as murky then as it on this song.

The swagger moves into more of a strut on "Plead the Fifth". Elias mutters and mumbles , but his lyrics still cut through with tales of desperation in the shadows of sleaze. These shadows darken "Catch It". It's the first song that feels like it could be called post-punk. The rest of the album thus far hasn't not joyous, but this is where the mood takes a more down trodden shift. I can hear the influence of the Velvet Underground on this one. Which sums up the progression, they have never been a Joy Division rip off, but if their early work was influenced by Joy Division or Wire then they have dug deeper into the roots of the music to end up at the Velvet Underground. At time the chaos of the horns also reminds me a little of the Violent Femmes.

They return to the dirt country back roads on "Thieves Like Us". When I say it's dancey I mean the kind of dancing that drunken white people might do at a honky tonk near a truck stop. The album rapid cycles back into a low swing on " Take it all ". While I prefer the more depressive moments to the honky tonk hoedowns, even those are done so well it's hard to complain about them. "Showtime" starts off dark and steamy then builds into a boozy dance. The title track that closes the album also has a darker cloud over it, so I am glad the gray clouds close in over the second half of the album, though none of it is sunshine and puppies. I'll give this adventure a 10 as it preserves the growing legacy of this band.