Looking Back in Anger at Tool's "Aenima" 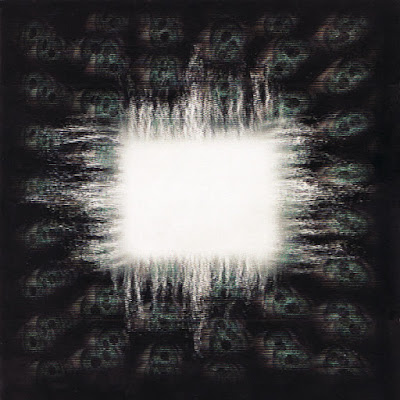 Continuing to listen back to Tool's catalog and see how it holds up in this case 25 years later.The band's second full length finds them being elevated into legendary status. In the days before the internet the mystery of what they were doing gave them more mystique. They open the song with an arena rock sized groove and explosive chorus. Maynard's vocals are much more nuanced and the production gives a bigger sound all the way around that bands trying not to be nu-metal would begin to copy. The groove to " Eulogy" is more subtle and less of a dramatic departure from where they were on "Undertow". The chords are bigger and more powerful when they do build dynamically. The most dramatic shift in their sound was the more introspective space given to "H" that gives Maynard's vocals more room to breath, thus proving that he can really sing his ass off in a very honest emotional way.

The most impressive introduction of Justin Chancellors playing is on "Forty Six & 2". The bass slithers in a very hypnotic fashion. Working off a expand and retract loud to soft dynamic that now is more common place, here this held a great deal of weight and power and is Danny Carey's first real shining moment on this album where he really establishes himself as a monster, The album's heaviest and most aggressive moment comes on the industrial strength pound of "Hooker With a Penis" where Maynard rages against the machine on selling out. The album balance out the dynamic contrast with "Jimmy" which broods on a more esoteric groove, with the vocal providing both aggression and atmosphere. "Push It" is not only Maynard's best vocal performance , but the lyrical depth is moving. The dynamics are very graceful, proving their shade of heavy can be beautiful. The title track is powerful, but doesn't seem as heavy as it did when this album came out. Lyrically it remains relevant.

" Third Eye" sampled Bill Hicks and brought this genius who masqueraded as a comedian to another generation who might have missed out on his truth if not for this introduction. This song is sonically intense and writhes around in a hypnotically exotic manner. Another song that seemed really heavy in it's day , but paired against the likes of Meshuggah or Deathspell Omega not so much. The vocals in the more atmospheric break are great. I like the mood swings this song displays. This is one of the rare albums that has to go all the way up to an 11 when I score it. Perhaps twenty other albums I can think of might come to mind deserving of such a score, maybe more as Chelsea Wolfe might not be the first who comes to mind though I know that she earned one at one point. Still this is to say it falls under an elite class of albums that go beyond what we thought perfect could be. But how will the albums after this one hold up ?