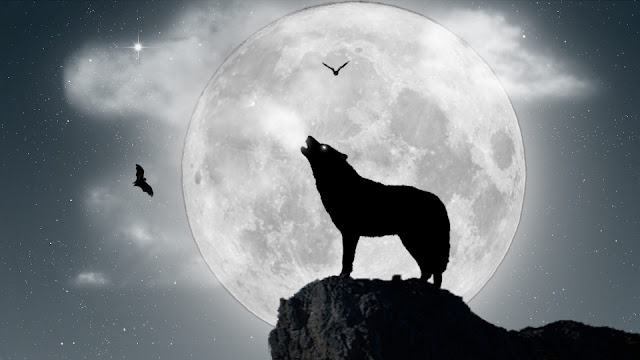 Listen to them — children of the night. What music they make

Dracula might have been referring to the howl of wolves, but those words also describe goth. Nocturnal music for nocturnal people. In the Metal 101 article, I explained how metal needs to be dark and evil. Goth fits the darkness side of that equation and the other half is elegance. This can come in many flavors. The music was named after 12th century European architecture which has a dark elegance to it. There is a often a morose longing but most importantly it is the music of the night. The Velvet Underground and the Doors both touched on elements that would influence goth, but the one artist all musicians who have been labeled as goth will agree as being a mutual influence is David Bowie. This makes sense because goth is a black umbrella which covers many different kinds of music, making the darker ethereal qualities of the music the common thread. Over the span of his career Bowie touches on all of these. Always ahead of his time, the darkness to Bowie’s music is an undercurrent reflecting his struggles with drug abuse. His 1977 album “Low” offered a stark look at his cocaine fueled nights in Berlin. The perfect stage for goth.

What we think of as goth today came from the British Punk scene of the mid-seventies. Out of West Sussex came the Cure. The band’s first single “Killing an Arab” was based on absurdist philosopher Albert Camus’ book “the Stranger”, which was deeper abstraction than other punk bands at the time. Robert Smith’s vocals and reverb heavy guitar conveyed more melancholy. By 1982 the band was fully immersed in darkness with their album “Pornography” making Smith the poster child for goth.

From South London came the Cure’s kindred cousins Siouxsie and the Banshees. Lead by front woman Siouxsie Sioux, they came from a similar punk upbringing as the Cure. Siouxsie has a more ethereal quirk to her voice. Her presence alone gave their music a more sensual undercurrent that the tension found in the Cure or Joy Division. Sometimes playful as a kitten and sometimes more brooding Siouxsie and her Banshees were emotive and wistful in the midnight hour.

Taking a note of the vampiric sneer Bauhaus brought the darker wave of English punk, Los Angeles band Christian Death dragged goth through the gutter and shot it up with heroin. There 1982 album “Only Theatre of Pain” is a sleazy Daliesque soundtrack to a neon Sodom and Gomorrah that wavering plea of singer Rozz Williams offered as an ode to Lucifer. These guys started the sub-genre death rock giving goth an edgy offspring and the rare chance for evil to enter the room. While Marilyn Manson might have added more of an Alice Cooper like sense of theatrics, Christian Death possessed a real sense of danger that did not need the smoke and mirrors.

Neoclassical folksters Dead Can Dance came from Melbourne. The duo of Brendan Perry and Lisa Gerrard carried complementary ends of the musical spectrum. With Perry’s rustic baritone crooning out Irish murder ballads, to Gerrard's more middle eastern wail. There music carries an exotic ritualistic sense of timelessness. They whisked you up in a cloud of opium to far away lands never dreamed of by the more punk driven goth.

The roots of industrial might go back to Killing Joke who got their start as a punk band, though it’s New York's Swans, who were darker and louder than Killing Joke. They flirted with noise and through feedback created sonic waves that were crushing. Frontman Michael Gira chose the name of the band because swans are beautiful and elegant creatures with nasty temperaments serving as a perfect metaphor for their sound. Bands like Ministry would attempt to replicate the heaviness Gira and friends create with more metallic results but never as heavy. Gira never embraced vampiric pagentry, proving that goth can be many things both sacred and profane.