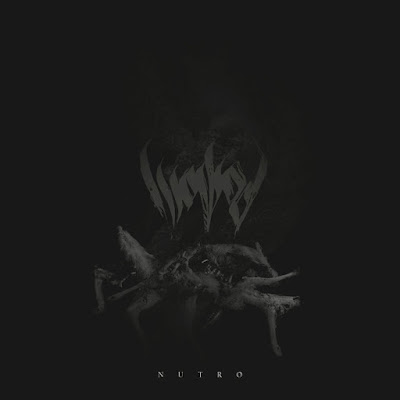 The opening chords of the first song remind me of something I can't put my finger on. These guys play a very dark metallic brand of oppressive hardcore which after feeling the initial weight of it's heaviness will find me asking the question ok now can you guys write a song. This is what we shall try to determine in the course of the review. They can play blast beats in a punk fashion, do the dots connect between the two sections, not really. The second song finds them at a more ripping hard core tempo. Most hard core bands play like this I get it. The catch is I have already heard most hard core bands so looking for something different ...see this entry for more info...http://abysmalhymns.blogspot.com/2018/01/what-i-want-from-2018.html

There is a tense Converge like chug to the build coming out of the verse. Nothing is catchy or really sticks with me, this is what sets Converge apart from the spawn they influenced. By the third song they are beginning to run together until they slow it down and give the song some room to breath and allow it be heavy sonically and not just heavy metal. The vocals have more of a low death metal roar to them. Sometimes they go up a little higher into more of a death metal snarl. The production is very dense and the album is well mixed so it has that going for it. I am half way into the fourth song, before I realize where I am at in the album. There is a riff that breaks things up, but the rule around here is cool riffs alone do not a good song make. However this song might have the most moving parts that work well with one another.

They don't fully have my attention again until the last song "Death". It's the melodic ring of the chords that finds that sweet spot of heavy sonics bringing me back in after the song before it faded into a buzz of distortion that just became background noise as I could have been listening to any metal band.I'll give this a 6.5, these guys have potential .Taking influence from Converge is not a bad thing, I would just like to hear a fraction more melody and less regurgitation of stock hard core. But you don't hear much of this sort of thing coming out of Russia so maybe it's next level shit over there. / metal riffs.