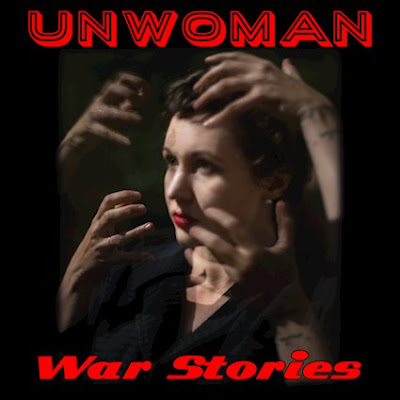 So all I have really known in regards to this project was from the State of the Goth Scene panels that Erika Mulkey has been on. I might have caught a moment or two of her performances there but it did not stand out in my mind so that is questionable. There is more of a folk feel to the opening song than I expected going into this album. Solemn is a better adjective for this song than dark. I like the piano loop in the title track, the way the vocals wrap around this is very Rasputina, which is a good thing in my book.The chorus is more straight forward pop that what Rasputina would do and that is ok as well since I want Ms. Mulkey to have her identity. Lyrically I think she has a very clear vision of how she wants to communicate her ideas which is another positive quality. I might not always agree of where all the melodies go as "Saviors" reminds me a little of a Broadway song, but I like when it transitions back into the verse, so it's either a mixed bag or just takes me a little bit to get used to what she does. I think the fact I can hear a little Kate Bush in what she aspires to do is what makes me more understanding of the big picture.

"Before the Flood" is lyrically grim, but is sung with a brighter shade than what you might expect from the lyrics. The backing layers of vocals are somewhat more morose. Aside from the cello the instrumentation is rather sparsely mixed but for what it is the song seems to work. "the Surrender" is more of a ballad that meanders for the first minute, the cello builds things on what would be the chorus. Lyrically it is a little more obtuse than the previous songs. "Bad Man" is a little more compelling in both narrative and musicality. The more feminist slant to the lyrics is not my thing, but I appreciate it's hers and like for people to be about something. "We Love Longest" doesn't really stand out despite it's smooth sing along melody. I prefer the more exotic melancholy to "the Same Stream". Here the minimal electronics work well in contrast to the more organic qualities and lurking languid vocals. "Flies" is where things fully commit to the goth side. Not the best song, but it is the darkest so far.

There a 50's doo-wop feel to " Waxing Gibbous" which was not what I was expecting, but I think it's cool as it certainly widens the albums dynamic range. Things mellow out further on the dreamy "Almost".  The lyrics are personal and seem to be about finding her place in the world. She stays in this surreal sugar dust Bjork like place for "Breathe Out". The vocals are well layered. I'll give this album an 8.5 it's well crafted and she has a knack of taking her voice to interesting places. Will make it more of a point to catch her on the Con circuit this year.