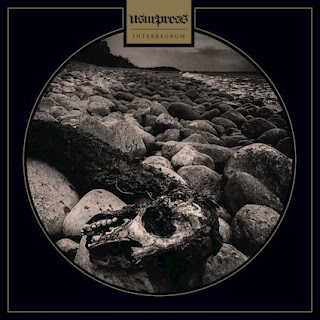 This proggy death metal band out of Sweden, is what you are looking for if you want the emphasis on the metal when it comes to your prog metal. I don't listen to as much of this kind of thing as I once did , but if this was 2003, I would have been all over this. Despite the fact that is asks me to go back to the place when I was really into Opeth, there is no denying these guys excel at what they do. The first sign of them defaulting in the the need for speed most death metal bands succumb to, doesn't occur until the fourth song "Late in the 11th Hour". It's not until the last two minutes of the song that it ebbs back down into more progressive ambiance, leaving the bulk of the song straight forward death metal .

The clean vocals in "Ships of Black Glass" are well preformed and produced. The effects give the somewhat creepy baritone a darker slant and break up the more death tinged tone the song opens with. It wanders off into a more jazz inflected place before getting heavier. "Gates of Iron" starts off as a more non-descript form of death metal. The sung vocals take on a more goth tone for "the Vagrant Harlot". Not the most powerful vocal performance, but I appreciate the sentiment.There are hints of a more Enslaved like accent to this song.

I like where these guys are going with this. Some of the sung vocals get an e for effort and then some really work. The jazz influence is one of the best elements as it feels very natural and not forced. Even when they are in more of a straight forward death metal mode , they are still better than the bulk of death metal albums sitting in my in-box. I'll give this one a 9, it's great for when I venture out in the "snow-covered landscape" that is now Atlanta. Just joking I am done bigger lines than what has shut this city down.
Posted by Wilcifer at 6:01 AM