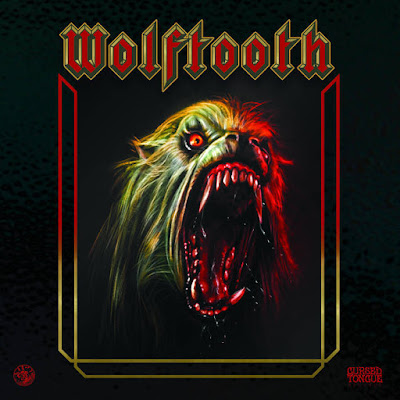 The first song is pretty hammering. The vocals remind me a little of Ghost, but it might just be the production on them. There is some Sabbath worship, but it doesn't kick into high gear until the lumber of the second song. These guys strike me as being a little more doom than stoner rock on this one. "Sword of My Father" is pretty damn catchy. I find myself liking these guys though something in my gut tells me this is either... A) A joke like Goblin Cock or B) A bunch of hipsters though how many hispters can there be in Indiana? and every one but the dude with the gray beard looks like they used to be in a hard-core band. I can hear the trash and NWOBHM on "White Mountain" but the vocals do not soar. They are rather plaintive like an indie rock band, but manage to get the job done. So a far cry from Pallbearer. Here is where they also begin to lose some of their momentum despite this song being slightly more up-tempo. There is a cool groove that the song finds it's way to and these guys are obviously skilled at there instruments.

There is a more Mastodon feel to " Frost Giant". The vocals are smoother and coast along the chug of guitar. Where Mastodon would go into some proggy wanking, these guys go for a more melodic Sabbath approach. You do have to give it to these guys they can lock into a chug that hasn't sounded this good since "Holy Diver". However they lack the vocal power or melodies of a Ronnie James Dio. There is a more meandering blues to the intro to "Season of the Witch" until they lock back into a groove. They tighten the groove and the vocals become slightly more Ozzy like with bursts of twin harmony guitar. "Forged in Fire " finds the boogie fighting against the gallop, but the gallop seems to win. Overall the album compensates for mediocre vocals and knows it's strengths playing into them more often than not, it's the power of the chug that propels them and good to hear some hooky riff rock so I'll give it a 9.