Legend of the Seagullmen : "s/t" 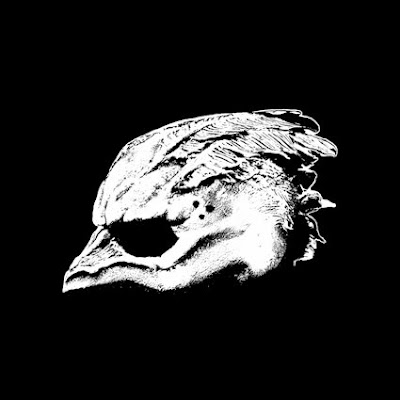 A nautical concept album, well not a totally new concept for a member of Mastodon. A super group of sorts as it includes Brent Hinds, Danny Carey and the bassist from Dethklok /  Zappa Plays Zappa, as well as some guys who don't pay the rent playing music. I'm not totally sold on the guitar tones on this album, but it might be my earbuds so I am willing to cut it some slack. Layers of overdubbed vocals in chanted choruses. Not Danny Carey's most adventurous playing it's pretty straight forward rock. The bass playing is what steals the spot light most of the time. The vocals tend to be in husky baritone and are exclaimed as much as they are sung. The album's first moment that grabs me is "Shipswreck" which chugs in with the command of classic metal.

I understand that this in someways is to be taken as seriously as Tenacious D, who I am hit or miss with. The power ballad "the Curse of the Red Tide" is a little silly for me. I might have liked it as a teenager, as I can hear this as the kind of power ballad Alice Cooper might have done in a bizarre drunken fit. These songs are not long drawn out epics and most fall somewhere between 70's rock and 80s metal. The title track is pretty much straight up rock.Perhaps too straight up for my personal taste buds, but if you prefer classic rock over metal then this is for you. I prefer the darker, moodier groove to "Orca". This is like when 80s metal sometimes got weird when it collided with prog rock. This might be the album's best song.

The spaghetti western that was the inspiration for this project can be heard on "Ballad of a Deep Sea Diver" which reminds me more of Nick Cave , which was the direction I expected this to originally go in. The guitar playing is pretty stellar on this song and makes up for moments when it was dialed in rock n roll. Overall this album is fun. If you smoke pot I am sure it would sound better, but since I don't I am going to give it an 8.5. Not sure if this is proggy enough for Tool fans, though Mastodon fans will find this easier to swallow.