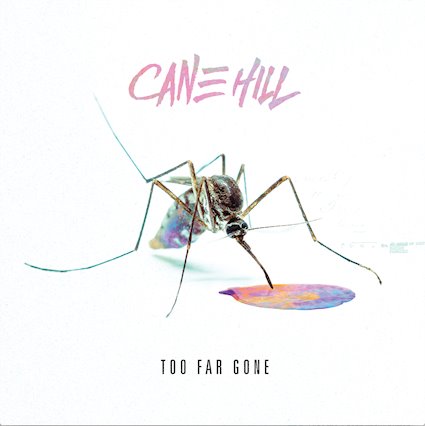 I decided to this band from Louisiana out because their press package claimed they had done a bunch of LSD, the year they recorded this album. The vocals flux between a spoken lower vocal that typically takes care of the verses. Then it trades off between a shouted hard core like vocals and a sung vocal that gives them a more Slipknot feel. I guess Slipknot is one of their influences along with Pantera. I like the second song better than the opener despite the more Slipknot feel. It's really well produced , though this is a blessing and curse as it gives it that slick radio feel that I am normally not a fan of when it comes to metal. There is more of  Sevendust 90s alt metal feel to "Singing in the Swamp". These smoother vocals ad another color, which is something I wish bands would do more of. I don't hear where the LSD is really coming in at this point in the album.

"Erased" is not a bad song, it just sounds like it is from a time period that has come and gone , I have grown out of so no longer holds my interest. The bass tone of " Why" doesn't help to distance them from nu-metal. The Sevendust comparisons over power any Pantera comparisons which is not a good sign in my book. "It Follows" has more of a straight forward metal riffing to it's syncopated pound. This flirts with more of a Pantera like groove. The chorus relaxes back into the smoother vocal. Then the next two song devolve into rowdier Slipknot shouting and juvenile bouncing around. This is done in a more musical manner on "Fucking Hateful" which given the title and the lyrics that reflect it , I am disappointed that the LSD didn't make them deeper thinkers than this.

At this point the nu-metal tendencies are getting a little tedious. I can only take Slipknot in small doses , so someone impersonating them without the masks gets to be a little much. "The End" is a little darker and I guess that is my one complaint is that I prefer metal that is darker , both Pantera and Slipknot have an ability to tap into that Sevendust does not so that might tell you where this album leans an why it doesn't always work for me. This is not my thing , but well done for what it is, so I'll give it a 7.5.