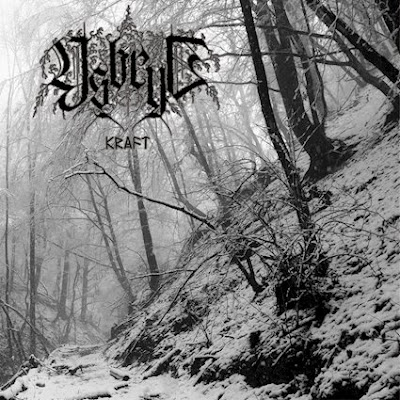 This project out of Germany has a grimy raw sound with out forsaking song writing and melodic elements. In some ways it strikes me as a cross between Burzum and Marduk. They do not lean heavily on blast beats if at all. They charge full speed ahead in a few places more like that thrash band when that does occur.The vocals are at a barked mid ranged rasp with an agonized edge to them. The bass is buried in the mix, but as far as this ind of rough around the edges black metal goes this album is well produced. There are some droning atmospheric moments "Im Kreige" being one, though that particular song does not really go anywhere dynamically.

We are five songs in before it  picks up significant speed does so in a way that makes these guys seem like they are just as influenced by Motorhead as they are Darkthrone. When they play oit to say and fall more into the range more more conventional black metal I am not impressive as I think they have a better thing going when they do their own thing. The album does retain some of the darker creeping feeling it first invokes, though there seems to be more of a formula in place and it is closer to what everyone else is doing. This doesn't mean what they are doing is not effective , it is just not as fresh as what I am looking for in a month where I am just listening to black metal.  I keep having those moments , where I look up and realize that I am on a new song since they have begun to have a uniform sound.

If something like the acoustic passage that served as the outro was integrated into one of the actual songs it would have helped break things up a bit and provide a little more dynamic range that this album could have benefited from<. I do like their sound and the darkness that seeps from it, I think the areas where I wanted more have been explained so I'll round this up to a 7.5. It is not something I would return to a great deal, but I enjoyed the listens I did get from it. br />
4.8
Posted by Wilcifer at 4:43 PM