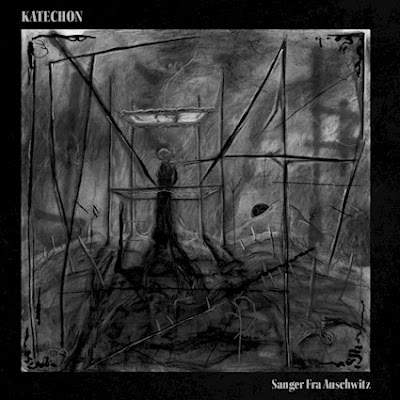 It's not until the 2nd song from this Norwegian band that they re-establish themselves as black metal. The opener is more death doom. But it's good and not redundant as most of the bands on that bandwagon this year. There is more of a technical side to "Renselsen"  which still leans more toward black metal than the very death metal polarity they strike on "Ankomst". I prefer their black metal side. While you might say "Well you would say that you like black metal better than death metal to begin with". I like it better as a whole because their is more atmosphere and emotion. There are some death metal bands like Morbid Angel who I love ,so I want to hear what ever a band does best and what I feel truly resonates from them. When the chord progressions begin to take a darker and more chilling tone I like this more than the straight forward aggression of the death metal section. The vocals still stay in a lower growl.

They flip flop back and forth between the two genres almost every other song. It's in the black metal that I feel I hear who they really are.Though at times they kind of play a mid temp throbbing style of it that carries more darkness than rushing into blast beats. "Tre Hoder" finds them embracing their strengths with the big chug dominating the song more than blast beats. The feral speed fest that is "Davids Skjold" is less impressive. It is mean. If that is all you want from metal then you might be more impressed . It doesn't suck it's just not something I will feel compelled to listen to more than once.

On the last song they drop down into a more lumbering throb of a riff that has more character and more darkness. The vocals continue to rant as they have been the bulk of the album. There is just more melody coming from the shadows of these riffs. There is more of an evil sounding dissonance to it and more sonic depth. All qualities that I want from black metal. I'll round this down to an 8. Which is still better than most. When they hit what works it's really strong, but some of the more straight forward moments just don't pull me in as much. This is being released March 1st on Saturnal Records.