Looking Back In Anger at Tool's "Undertow" 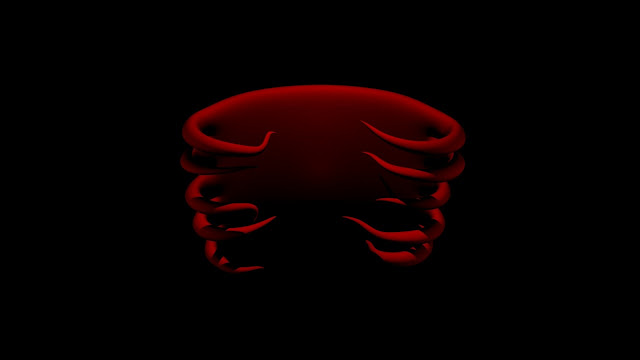 Continuing to listen back to Tool's catalog and see how it holds up in this case 25 years later. The timing of the band's first full length couldn't have been more perfect. Grunge had set the stage for something this dark and dense. Aside from Maynard's vocals the tight maze like winding of the riffs almost sound like a different band than the one that played on the e.p. Maynard's vocals go right along with the tension they are weaving behind him. Sonically this is like collision of early Swans with King Crimson. More groove than math the chanted vocal swells pummel you with tribal intensity. The bass sounds incredible. Paul D' Amour has a more growling tone than the more progged out groove that the band would eventually churn out. "Intolerance" is a perfect song and the same could be said for the more introspective victim anthem "Prison Sex". Here the groove slithers more fluidly and lends itself to a more crooned melody from Keenan. "Release in sodomy/ for one sweet moment/ I am home" are not lyrics you could find on another metal album up to this point, even Judas Priest' homo eroticism was veiled in thicker metaphor.

The abstract lyrics painted a picture of the dark struggles one suspected was in Maynard's head. These were shrouded in the kind of mystery that would continue to make the band an enigma. The introspective musings of "Sober" have a good dose of self loathing to go with the infectious pulse of the bass driving the song. Maynard's vocal performance here might be the album's most passionate. One of the rare occasions where the album's radio single was not pandering to the lowest common denominator. The self loathing continues on the tighter grooves of "Bottom" until Henry Rollins comes in for the self help seminar crammed into a few bars.  Their is more complicated resentments being processed on  "Crawl Away" which in the wake of nu-metal that followed might seem like more angst ridden metal fodder, but felt fresh when this was released and might not strike me as the album's most inspired lyrics listening back to this, but the riffs compensate for this. The bass playing continues to be incredible, and while Danny Carey has gone onto be known as one of the genre's best drummers, some of that is due to the fact he has had some hellacious bass players to keep up with. His double bass on this songs is pretty tasteful , though aside from the first ep, some of his most straight up metal playing .

The groove and mood to this song still reminds me a little of "Louder Than Love" era Sound Garden. The effects are really well applied to the vocals on this song and help to create the distinct sound we now think of as Maynard. Adam Jones also needs to get a little credit for easing into some more atmospheric moments to give a dynamic shift. The lyrics to the title track begin to paint a murky veil of metaphor and glances at the fact Maynard can really sing with varied dynamics. The drums also get more bombastic in their dynamics as well. This song also has a few moments that certainly seemed really heavy for when this came out, while this might now measure up against Meshuggah, I think the vocal melodies are creative enough to compensate for this. The more homo-erotic hints begins to re-surface in the lyrics to "4 Degrees" .  The song has a more sensuous throb to it.  "Flood" has a more sludge like atmosphere to the ominous pound it lurches out of .It's impressive how they come out of this four and a half minute drone with the groove of this one, it's a outstanding display of dynamics and Maynard delivers his best vocal performance of the album.  They end the album with a wild turn into the more experimental "Disgustipated" which finds the bulk of the song working of the chant of "this is necessary / life feeds on life" . Listening back you can hear the Godflesh / Swans influence on this part.

Overall this finds the band fully realizing their vision, so their only competition is going to become themselves as their influences become more obscured by their progressive leaning. I think this album finds them at their darkest and most tense, two of the things I look for in music, done very well, so this obviously gets a 10.