War On Women : "Capture the Flag" 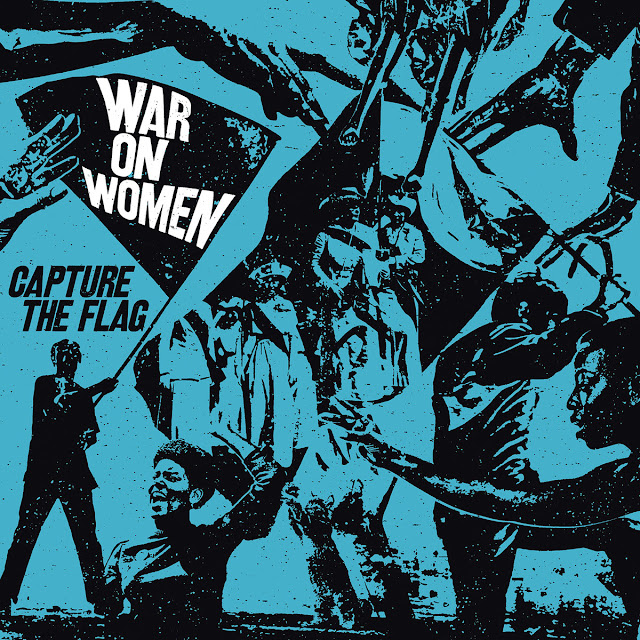 One of the most hyped punk releases has to be  the newest release from the co-ed  feminist band the War On Women. I don't give a fuck about your politics can you write a song? What sets you apart from the other punk bands. There is a metallic energy to the riff that propels "Lone Wolves". This song is decent , I think what I like the most about it is the vocals that veer from the typical shouting into a more sung vocal. A bass line drives "Silence is the Gift". The song doesn't grip me into as urgently as the more powerful opener. They are back to  rant that owes a little more to the rock n roll of early punk on the title track. The lyrics are heavy handed, but the music speaks louder than the words. Though the lyrical content is what defines this band. If you were going to fact check their perspective then it makes about as much sense as the bulk of Rage Against the Machine's bull-shit. 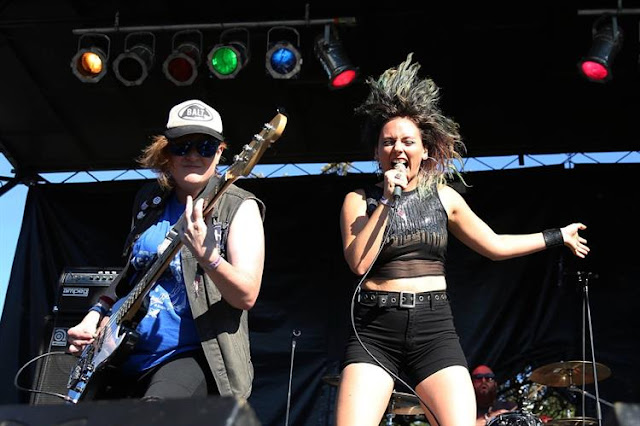 "Dick Pics" is a more brooding commentary on sexuality, that seems confused in it's metaphors and sends mixed signals. "Pleasure and the Beast" starts of with a more melodic color and then stomps off into something that's a mid-paced punk for more mainstream audiences. They embrace sex a little more her lyrically. As long as sex is empowering in some way, I 'm good with it. The #metoo attitude had a more puritanical bent to it, so this feels like a better balance of perspective. They are more explosive on "Child Birth". Which seems to be about abortion and single mothers. Musically is a mess. Lyrically it's confused. "Violence of Bureaucracy" is run of the mill fast hard-core punk that just shouts at you, and bores me. She does go into more of a screamed vocal that has a metallic rasp to it.

This album is well produced like a modern rock album in it's density and no lo-fi like most real punk. There is a pretty compelling tension to "Divisive Shit". "Predator in Chief" is well paced, but doesn't deviate from punk conventions falling into middle of the road rock with an social justice attitude. The color by numbers guitar solo, pretty much says it all . There is a lot of pumping themselves up with threats, but never feeling any real danger. "Anarcha" has a lot of drive, falls right into the formula they have been working off of the whole album, so it falls a little flat dynamically as they whole...1,2,3, go! only goes so far. It does break down for a few measures in the middle of the song , but it's not enough. Most of the songs are in the three minute range. "the Chalice and the Blade" has more of a groove to the guitar riff work a little better, as the lyrics explore goddess myths vs Christian myths.I think they will one day be able to make a great album, this one gets bogged down in what it wants to say without fine tuning how they say it. I'll give it a 6, they sound good and have some original ideas just not enough to rise above average by much.  The irony should not be lost on the fact  their singer being kinda hot helps get them attention.

Email ThisBlogThis!Share to TwitterShare to FacebookShare to Pinterest
Labels: "Capture the Flag", 6, album review, punk, the War On Women