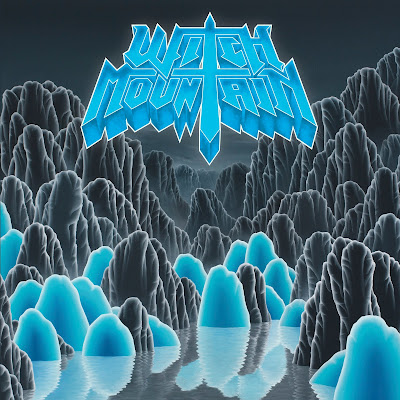 Three years later the band is back with a new singer and bass player. The first thing that is obvious is the voice of the new singer Kayla Dixon.She has a lower alto that is propelled with more blues soaking her soulful approach. The first song might be the only tune on this album that really fits the doom metal mold. The rest of the album has a more organic rock n roll feel to it. I don't remember any growled vocals on the last album like those that appear in the corners of the first song. The opener grew on me with repeat listens though I never doubted it as a song, it just became something I had more of a desire to listen to again. " Mechanical World" has more of a Led Zeppelin pulse to the guitar. This gives it a more unique personality than just Sabbath recycling. They have more of a Mountain swagger to them.

Dixon gives good head register going into "Burn You Down". The guitars take on a more metallic chug for this one. Her vocals slowly form their melody round it in a way that reminds me of Royal Thunder, as there is a balance of vocal acrobatics. This feels heavier than what I remember of the previous album. The song builds into more of a gallop. Dixon's vocal proves it's self more capable of going into a higher Ann Wilson place. The growled vocals return with more prominence on this one. "Hellfire" is a slower soulful blues driven break from the metal. Vocally it's impressive. Musically it's more like an interlude than a song unto it's self , as it kind of circles it'self without really going anywhere.

Bass opens the 14 minute "Nighthawk" that closes the album. The first two minutes could have been cut for the sake of time and when we get into the meat of the song is a slower steamy song that is more blues in it's intention than doom. This song is loaded with guitar solos so if that is your kink you will be pleased. Nine minutes later the song builds into a storm of something more metal. I think the fat could have been trimmed on this song and streamlined it into a more concise seven minutes. The heavy parts don't let themselves build to fruition and feel more like a tease. Which would not be as big of a dealing unless it has not been 14 minutes in the making. Over all this album is an improvement for them and I'll round it up to a 8.5.