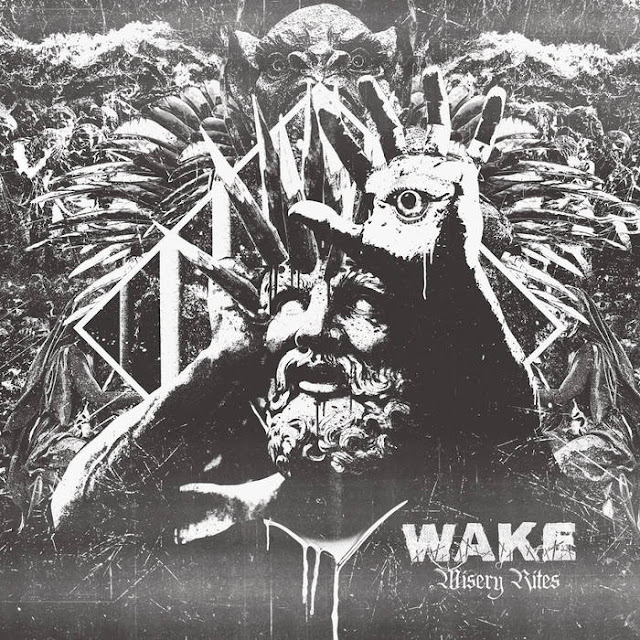 This album came out back in February. Which is not as long ago as that sounds now. Without question these guys are heavy as fuck. The question would be , but can they write songs? The answer is cleverly evaded by writing two minute songs that hit you so fast, you never have the chance to ask it twice. It's not until "Rot" that the vocals do something with a feel that sticks with you in one section. It more of a barked chant. These guys are dense , but not as spastic as hat comes to mind when I think of grind core. They are more death metal than a band like Nails. They are also less hardcore and have more of a metal core sound. No break downs so far though. "Paradigm Lost" finds them letting up on some of the more unrelenting bull dozer charges with that they have hit you with up until this point. They blast back before the end of the song .There  the chaos is contained in a manner not unlike mid period Converge so post- "Jane Doe"

"Exile" blast by in the more rushed style that is common with grind core, how ever they do find a more churning groove of sorts. It breaks down into more of a deliberate half time feel that is much more melodic than how the song started. The minute and a half "Ruination" is much more unhinged in it's speedy squeal. The vocals go up from their normal death metal growl into a more tortured squawk. There is a more technical spasm ripping into " Bitter Winter" . The last song "Burial Ground" is the longest at seven and a half minutes, which by today's metal standards is about average. This song has more of a dark black metal buzzing to how it blasts into you. The vocals are more scathing and higher. The vocals go into a lower accent on what would be the chorus. There minutes things go into a slow melodic part which is a first for this album. The vocals layers that come in create a evil sounding unison. Lyrically they are not invoking demons and seem to be about contemplating their own anger.

I'll round this one up to an 8. These guys are really good at what they do. What do sometimes falls into a collection of cool riffs, which hits the rule we have here that cool riffs alone do not a good song make. I think the average metal head might not be as picky when it comes to this, so if you like hard core and death metal then this album is worth your time.They are currently on tour with Withered.