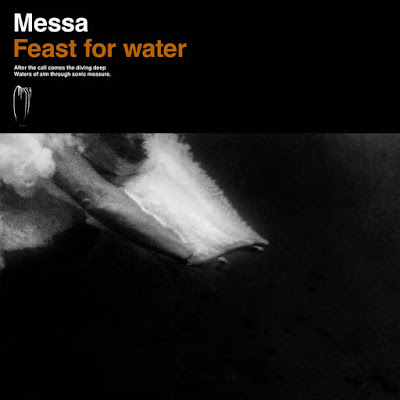 My first thought when I heard the beginning moments of  "Snakeskin Drape" was this is like a metal version of Lana Del Ray. The tempo picks up and finds them falling closer in line to other "occult" rock of their ilk like Christian Mistress. There is more raw rumble going when they gain speed that what their peers typically muster. The over driven roar is more of a production choice as cleaner mixed guitar play around it. There are plenty of guitar  solos that give it a more jammy feel. When the tempo drops down for the next song I think they have more room to let their singer cut loose. Things get more interesting for the blue based touches applied to "the Seer". The cleaner reverb bathed guitar tones being my favorite. They have a great sense of dynamics and the guitar reach beyond the normal confines of meta with the style of their solos.

The first half of "She Knows" is a "No Quarter" like instrumental before building up and ebbing back into more of a torch song. They continue to merge odd pieces of other genres on "Tulsi" which blends both black metal and rock, before descending into a gloom draped jam. The sax that comes in over this is really what brings out their jazz side. It also makes me think a little of Hawkwind. They fall back into doom with "White Stains".  The organs on this song return to a more "No Quarter" sound. They back off into a more gently picked guitar for the last song. This instrumental is more of a noodling outro that builds into a more stormy rock pulse.

So for the sake of this review I am not counting the first or last track, since they do not feel like fully formed songs but transitional ideas. The six songs that serve as the meat of the album are going to get a 9. I think while this band shares a similar sound to others in the occult rock genre when it comes to the broader sense of having a more retro sound, what they do with that sound is much more unique and sets them apart from most of those bands giving them the most common ground with say King Woman. If you like dreary doom influenced retro rock then this is worth your time for sure.