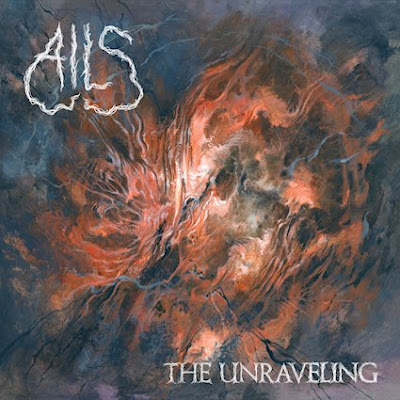 I liked Ludicra, but am always skeptical going into American black metal with hipster buzz around it. I instantly like the dual vocals. I normally hate that, as I want the singer to be able to do both. It works here, and there brand of black metal has hints of Agalloch in the way it sweeps through with a blasting gallop. They go into a break down with folk quality that holds echoes of Ludicra toward the end of the song. "Dead Metaphors" goes in a more blatant metal direction and seethes with a little angrier tone. The big chug in this song feels like the thrashing sludge of old Mastodon. I didn't expect them to stay neatly in the black metal box. The arrangements are very fluid with none of the transitions feeling awkward or forced.

They return to a more conventional form of black metal on "Any Spark Of Life". So conventional that while it's well done it doesn't stand out a helluva lot from all the other black metal that crowds my in-box. "Mare Weighs Down" starts off with a more mid-temp chug. The more sung vocals become more sparse as the aggression thickens. They do return on the more blast beaten blur of "the Ruin". Sometimes they remind me a little of Ragana. Two minutes into "Bitter Past" they drop from the blast beat into a chug with more groove which might not be as black metal, but is less over done these days.

This albums starts off more inspired than it ends, as it first gives us a glimpse of something melodic and original that it could be then gets mired down in the conventions of metal. Almost like they are trying to hard to be accepted as black metal. Maybe they feel since two of the members are women they have to try harder to prove themselves as being metal. This type of overthinking smothers just focusing on the songs. They are great musicians and this project while it falls short of Ludicra in terms of originality does succeed where many American black metal bands fail. That doesn't mean it really warrants the hype around this album, it's well done , but not the best I'll round it up to a 8.5.