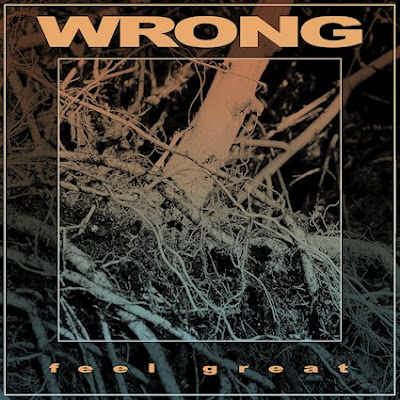 Making the kinda rumble once popular with hispters in the 90s which flourished on Amp Rep, these self professed Helmet worshipers are back with their sophomore full length on Relapse Records. They stomp through the first two songs in a rather uniform fashion. The vocal's are a shouted drill Sargent style that looses it's effectiveness the more you use it and only has command to it when used as another vocal color. The vocals finally switch up into something more melodic which also kinda goes for a more Page Hamilton vibe on "Nice Job". The drummer is obviously talented as the riffs shift in their staccato jerk.

These guys do have more guitar solos than Helmet. They slow down there herking and jerking on the title track. It kinda sound like a somewhat slower version of the first three songs with 'Nice Job" still the big winner here. All because the barked vocals are now boring. The singing comes back on "Upgrade". It's more of a slacker tone than being as Page Hamilton as the last time he sang, but heading in that direction. The little harmony run the guitarists do suggests that they are more into metal than Helmet, they used to be a punk band. Though Helmet has been known to cover Black Sabbath so that one might be too close to call. They get more punk on "Crawl Instead". It slows back down int oa more angular groove and speed back up.

They do get more melodic on "Come Apart Mend". Playing octave chords and such, kinda like late 90s post- hardcore. They get back to the tough muscular riffs with "Zero Cool". This song sounds better since a more melodic song came before it to give a little more dynamic contrast, which is what this album needs more of. They are back to actual singing on "Gape" . It has more of a Hum feel here, though you also says it's more "Betty" than "In the Meantime". The last song feels like more of the same stomping about in feed back with burly bass and frantic drums. I'll give this one a 7.5, it works more than I was afraid it would not despite rehashing what we have heard before.