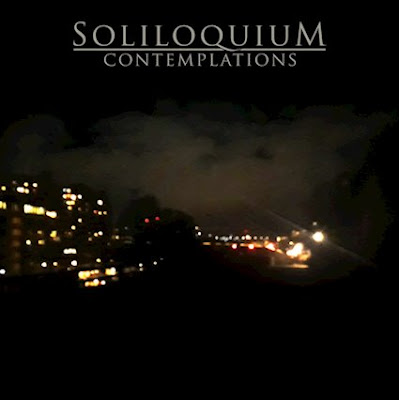 We are not at the half way point of the year yet and I am already done with death doom. This makes me hesitant to check into doom, as I am afraid of stumbling into more of it. That is not to say I am opposed to mixing death metal elements with doom, in fact this band from Sweden does it well. The take the power of death metal and give a punch to the mourning atmosphere of doom. They are not just playing slow death metal and trying to pass it off as doom. The bass does some interesting things when the guitar gives the songs room to breathe. Clean vocals begin to make an appearance on the second song. By "Street Lights" things get darker and more interesting though there always seemed to be a correlation with me. The drummer starts thinking more out of the box, though I can hear a little Katatonia influence in his playing.

The death metal vocals return with more power in their growl on " Unfulfilling Prophecy" . These dudes are smart for they know to get  heavier doesn't mean just defaulting to predictable chugs or gallops. The ebb back and forth from more delicate picking on cleaner chords to more crushing waves of distortion. When the sung vocals come in they are more effective. It is almost hard to hear how it transitions into the Alcest like "22" until you go back and listen as it sounds more like a transition in a melodic break down. The first three minutes of "For the Accursed " if more like post-rock or some shit Agalloch would do, which is good shit , but it's in no way doom.The growled vocals wait til the five minute mark before coming in. So it's more like post-death metal as double bass drives it. This kind of melodic post- death metal carries over into "In Affect" . It's punchy and well written. I guess to some extent old Opeth might also be another reference point, but being from Sweden I can understand the reluctance to connect those dots. But Opeth is no longer death metal so there is a lack of this kind of thing being made with this brand of gloom about it. The clean vocals are not at the "Blackwater Park" level in terms of soulfulness, but they are not that proggy either.

They close the album with "Wanderlust" , it's darkly melodic and slower paced death metal, but listen to the solo break and tell me that's doom, and I will tell you how you know nothing of metal so your opinions not only don't matter on this blog, but my 8 year old knows more about metal than you. It's some good melodic death metal this is true, though this song wows me less than the otherwise adventurous songs on this album. I'll give this album an 9 as it's way better than expected when I checked it out on a whim thinking it was going to be doom. If you miss the band Opeth used to be on "Orchid" then this is worth your time or if you want dark melodic death metal of any kind then it's also worth your time.