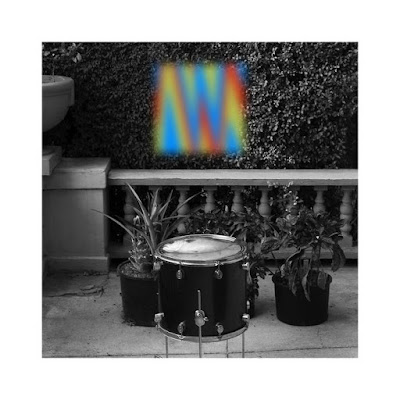 I was never into Guided By Voices, but apparently these guys are as they have made a tribute album to the band. The title is a weird wink at the 90s indie rock band's 1995 album "Alien Lanes". Album is a loose term as with only 4 songs it's more of an ep. This is obviously darker and more electronic based considering the source. "Always Crush Me" sticking closer to a more conventional take on the arrangement. The sung vocal are well done and the groove is easier to follow than that of "Closer You Are" which deviates into much more experimental realms. "Game of Pricks" reminds me more of King Missile than Guided By Voices. The beat is more glitch ridden. The vocals stay in a low droning monotone.

"Striped White Jets" finds them eventually tapping into their heavier side. The harsher screamed vocals are sparse on this EP, only peaking out for two songs. So if you only like their more aggressive side this is not going to be your favorite contribution of the band. I appreciate how it is employed on this song. Really when you are covering Guided By Voices how heavy can you expect it to be. Notice earlier, I did not say if you are a fan of the band who only likes their more aggressive side, since you really couldn't be a fan of them if you do not embrace the totality of who they are.

Is this as good as "Want" ?  No, but it shows a different side. The more organic nature of Guided By Voices, brought out a more nuanced vocal in places. I think they were already growing out of their more metal minded temper tantrums and this ep displays another step in that direction. I'll give it an 8, even though I don't see myself returning to it much, but as it's good and dark. It's experimental , but still listenable.