Gothtober - Hours of Worship - "Fading Away to an Empty Nothingness" 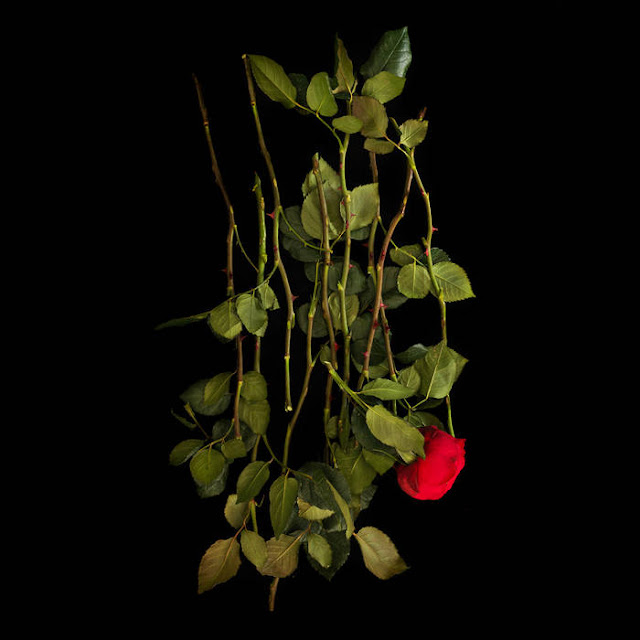 The cool thing about this month is it gives me a chance to catch up on some of the darker releases I might have missed earlier in the year. This album came out back in  April. It was recommended by my fam over at Cvlt Nation, who sometimes shares my taste and others leans in a more punk direction so things like shitty production do not phase them like it would me. This is the case with this album. I get what people might like about it , but right out of the gate the vocals which are flat more often than not if not right out of key, so not just pitchy, grate on me. The are a low monotone, which how hard can just a Ian Curtis impersonation be. If you told me the singer was tone deaf I would say it makes perfect sense. I mean what kind of picky asshole can I be expecting people to be able to sing in key.

The first song might be the best as the other songs ride on a minimalist drone . The second song "|Life Requires Nothing ' was cooler as it moved into a darker direction, but the vocal imperfections were more glaring there. The keyboards do sound organic and this is not just a band clicking synth patches on a lap top. The drum programming is very crude, something that might be more over looked if the rest of the sounds measured up .Sometimes the vocals are wisely buried in the background. I think more effects on them , like a big echoing reverb, might give a cool vibe, but it has been committed the album so too late for that.

The trust fund kids in New York would really dig themes like "Quit the World" as they hid during the past year and wallowed in their inner turmoil. The vocals gain a little more resonance here that is an improvement, though musically there is not a great deal going on. I think one crucial thing is lacks to be effective as post punk, darkwave or whatever they are going for is a driving bass line. Instead we get directionless sounds that go no where,   More nowhere is what we get on the last song, it has a cool atmosphere but is like black cotton candy, nothing to it.