Sleep Token : "This Place Will Become Your Tomb" 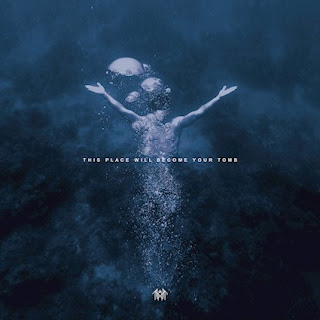 I was expecting something more metal when I first pressed play instead I got something more like Cold Play. This is the second album from this masked anonymous project out of England . The press release asks if we as journalists will need help due to the mysterious nature of the band. My answer is no thanks I am just goin to focus on music.  What I am hearing right now is a nu-metal power ballad. I like clean singing but the vocal melody here seems to be languishing to much in introspection. "Hypnosis" answers the question what if Jeff Buckley did not die but became the singer for the Deftones. I appreciate this guy's voice, though unsure if it is beings put to the best use all the time.  Singing is just as much about where you put your voice than hitting the notes. They have a murkier and moodier sound than most modern hard rock bands. I am not sure they are metal . They have not yet shown me their heavy side. Almost after I type that they go into some Sliknotty kind of break down.

They delve further into pop soul ballardy with alt metal production value to the atmosphere on "Mine" . Like Issues with more obtuse mix.  There are moments when they do dig into to the more rock side of what they do and the results seem less focused.one of example of this being "Like That"   They are not too far removed from the likes of Imagine Dragons on "the Love You Want" .  It is catchy and well done so I am not going to argue with it , despite the fact it is not what I normally listen to,  The auto tuned and ultra harmonized vocals of  "Fall For Me"  which reminds me of Bon Iver.  There is a more metal, by way of 90s prog rock, on "Alkaline" , which works better than when we are back to the wimpy more Coldplay like sound of "Distractions". Sometimes their experimental side works out better like "Descending" proves. It puts them back in that Bon Iver place. The emphasis returns to the sleep portion of their name with another ballad after this song.  Though there is a pretty stellar guitar sol on the song , that is not going to make a song interesting in and of it self as even John Mayer musters up those.

"High Water" they kept the metal drummer to bring along for the cinematic pop ballad.  Toward the end of the song the guitars join in with a more metal dynamic, but Poppy's last album as a whole is more metal than what goes down here. The last song they start off with more of a pop folk feel. While they pull off these sort of moments is it not something already congesting the airwaves? They do more interesting thing on their own with out reverting to this. Overall there are some strong moments I will give this album an 8.5, when they are in their sweet spot, I like it , but there is too much balladry for my personal tastes.