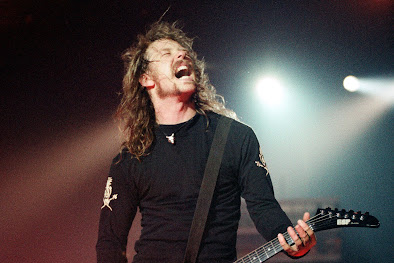 The new tribute to the Black Album called the Metallica Blacklist, is a collection of artists each covering a song from the band's biggest selling work. To review this as a whole would be a daunting task since there are 5 to 6 artists covering each.   So I broke this down by song,  So you are getting an installment of this review for each song.

Sam Fender makes it clear he has heard plenty of Jeff Buckley but not really sure what Metallica is about. Sure he has a decent voice, even if the over all sound is less than original, he would have been better off with 'the Unforgiven" . I am more surprised by the fact Jason Isobell sounds more like legit country than . His version bears next to nothing to do with the original , but is better than what Fender does. This is also better than what the Mexican Institute of Sound does, which is just sample the original song and mix it against the sounds of their home country.

Going into this Royal Blood would have been my pick for who was going to do the best just job of this one. The vocals kind of fall into the Weezer trap of not having enough balls and rely on the music to carry the weight of the song, though what they do going into the chorus works pretty well. I had the highest hopes for St. Vincent, as I know she likes metal, she instead gives it more of a Nine Inch Nails treatment with the slinky beat. She pretty much does what she always does and it just happens to be a Metallica, in fact I think I have heard her use a beefier guitar tone on her own songs.

Kentucky's White Reaper would have been my second guess for who would do the best job as far as staying closer to what they original., In some ways they might have done this better than Royal Blood, I think they would be more suited for "Seek and Destroy" , but I will give what they did a thumbs up. YB Korean band also tries a similar approach, but try to hard while taking to many liberties and just do not have the balls White Reaper had . So I think White Reaper won this round.