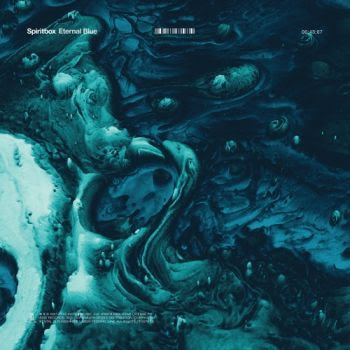 Formed from the ashes of IWRESTLEDABEARONCE, these kids have had a buzz about them. This is their first full length. It is more refined that what I have heard in the past from them, it also plays it a little safer and much safer than their former band.  The second song is heavier. At all times they keep their songwriting in check and have their eye on the prize much better than their peers in Jinjer. They have much sharper hooks , granted "Hurt You" is one of the lead singles from the album so it needs to drawn you in like this. "Yellowjacket" is more of a djent tinged effort with Sam Carter from Architects throwing in a more aggressive nu-metal post hard core shout. This album is really well produced , it tones down some of the more metal core elements that I would not normally like.

I like the more pop  tinged cadence to her voice on the verses of "the Summit" . Is it more accessible ? Yes but it is also just a really well written song. They are often in the same sonic zip code that Issues was. With Issues most likely being cancelled these days I will take this. "Secret Garden" uses a bass line that reminds  you these guys are a progressive band. The chorus is poppy , perhaps a little more on the bright side than I would have asked for, but it works in context of the song. The technical aspects of the song does not encumber it too much. They get back into the heavy with "Silk in the Strings" . She uses her harsher vocals going into the song. Musically there are other more melodic elements at the fringes of the second to balance this out to some degree. Heavy is a good dynamic for them, but it is not their strength enough for them to write and entire song running of this one current.

"Holy Roller" shows that sometimes they can be heavy and lock into a convincing enough groove to make you think they can. The title track still uses heavier angular djenty guitars , with her vocals off setting this to create a more dynamic effort.  There is not much difference in the verses of "We Live in a Strange World" and Taylor Swift's 'Reputation" era pop. If you know my tastes then I am all for this . I am also not going to try to convince anyone this band is heavy either. There is more of a rock dynamic that it builds into. They crunch back in with more angular guitars going into "Halcyon" before going back to pop. This take on pop is melodic but not as catchy as the previous song. 'Circle With Me" is a better song and returns to heavy riff with a thicker groove against airy popish singing. kinda like 90s alternative.  The album closes with "Constance". This is another beauty and the beast of a song, more dreamy than the kind of thing say Nightwish does.  Also more geared toward current radio pop.  I will give this album a 9.5, and see how it sits with me. Was a fun listen and I prefer it over the bulk of newer mainstream