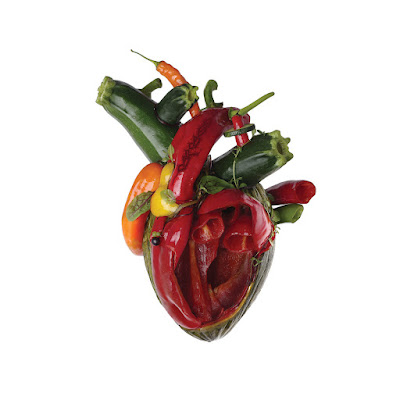 I was not too thrilled by their 2013 comeback album "Surgical Steel" it just sounded like another death metal band. When you are a legend like these guys are you have to do better than that. In the realm of reasonable expectations, we know they are never going to be a grind core band again like they were on "Reek of ...", nor do I need them to be. "Necroticism" is my favorite album by them. I know it is no longer 1991 so when the title track blasts into my ears to kick their new album off, I am ok with it. It's more impressive when they bring riffs that have a little more groove to them, though the more rock n roll feel of "Dance of Ixtab" is a little more along the lines of "Swansong" which I am more onboard for. It is songs like "Eleanor Rigor Mortis" that make me happy for them to be back in a more consistent place.
"Under the Scalpel Blade" finds the band thematically where we want them , though the riffs might not been a keenly sharp as the previous song. They go way out of their thematic base on "the Devil Rides Out" . It might seem weird for me to raise an eyebrow to a song about the devil since that is the sort of lyrics I normally am drawn to , but that is not who this band is. Surgery and the decline of the western civilization are all topics that is who they are, there are plenty of death metal bands snarling about the devil so why start this late in your career?   Musically the song is great though. They also dig up some pretty mean yet musical riffs for " Flesh Ripping Sonic Torment"  which is one of the album's better songs.  Aborted drummer Daniel Wilding makes him self more imprinted on their sound with "Kellys Meat Emporium". He also played on the last album. Yes they have gotten more technical over the years riff wise, each album this is more of a thing , but more well blended into their sound this time around.
Their smart hooky songwriting that became more apparent on 'Swansong' is out in full force on " In God We Trust".  This album should have come out after 'Swansong"  I would be fine with forgetting the previous one and leaving them with a more flawless discography. Not to say this album is perfect. It is closer to being perfect for who they are as a band. If this is their last album I would be fine with that. The last song is consistent but perhaps not as inspired though I can hear where it would be a crowd pleaser given their base audience. The opening riff has more to it than the thrashing they dish out the rest of the song. I will give this album a 9.5 as it is the kind of return to form I want from them and the songs that did not resonate with me on the first couple listens will grow on me,
8.6
Posted by Wilcifer at 3:33 PM