The Metallica Blacklist pt 3- "Holier Than Thou" 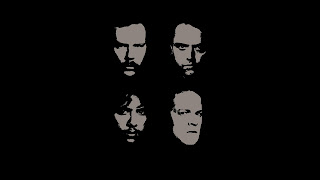 The new tribute to the Black Album called the Metallica Blacklist, is a collection of artists each covering a song from the band's biggest selling work. To review this as a whole would be a daunting task since there are 5 to 6 artists covering each.   So I broke this down by song,  So you are getting an installment of this review for each song.  Though when we get to some of the deeper cuts there are only a couple versions so we will double up when we get to that point in the album.

The bar starts off being raised pretty high by Biffy Clyro, who might not have taken the most obvious path with the song, but do what they do with it so well that it makes up for it and impresses me. The raw snotty punk of the Chats is too straight forward to really capture the mood of this song effectively and really like a great deal of earlier punk the emphasis is on attitude than musical ability so they can barely play. When it comes to punk it should not be a surprise that OFF!  does a better job, despite relying more on speed , though neither band comes close to what Biffy Clyro started off with.

If you were going to ask out of the options given who was going to deliver the most metal version of this song it would be hard to bet against Corey Taylor. He stays pretty true to the song with out getting to Slipknot with it. As he has gotten older and thanks to his success with Stone Sour, he as grown away from the more overt nu metal trappings. Though his version might be the second best I prefer Biffy Clyro's take on the song.