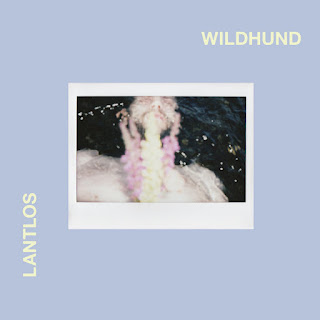 No stranger to us here, this German band is no longer black gaze but now creating a double album of poppy gaze influenced 90s rock. The drummer who has now been with the band for ten years is responsible for some of the more adventurous turns the songs takes. In some ways it is progressive. Not far removed from the likes of Hum or Quicksand, they do not let you hang to comfortably on a groove for long. The guitars replicate tones from that era and the vocals are greatly improved. "Cocoon Treehouse " does not feel like it gets it's feet until midway into the song, but that is the problem when you have 26 songs , how can they be created equal. The math they are doing with these riffs can not be underestimated. You have to figure out if you are in the mood to get jerked around like this going into it. Sometimes it sounds like the Foo-fighter's trying to be Rush.  'Home" does lock into more of a drone, after the drums calm down a bit.  Then there are time when they are more like Helmet with songs like "Vertigo".

There are several moments that work off a more  syncopated jangle of guitar . Sometimes this creates a uniformity to the over all sound that makes me wonder why we are getting a double album of this. Sure bursts of harsher vocals crop up here and there.  Dreamier sequences also drip out of breakdowns, but this is not "Physical Graffiti".  But not every track is an actual song "Cloud Inhaler" is an example of such an ambient interlude. There is a pretty wide dynamic shift with "Planetarium" but it is not a song that uses melody to pull me in and make me want to listen to it more. "Dream Machine" is an homage to Hum that would be more impressive if we did not know these guys are already an established band who has a sound they are straying from.  They do a better job of this on "Dog in the Wild"  then with "Lich" they break new ground with the robo-prog.

On the second album they get into some weird chill electro. It is very witch house in flavor but sailing on a more narcotic cloud . I am reluctant to really call these songs. Even the longer excursions into this work off of sounds more than being songs. Four tracks into an they are still just playing around with sounds. This is like the band is saying "Oh , yeah we are cool and know other kinds of music that is atmospheric aside from black metal" . I get it , but if I am going to listen to this kind of thing I am going to listen to Salem. So the first album is all that really matters here. This feels like they have a friend who makes music on Soundcloud and they were making fun of them, so the soundcloud dj said "Id what I am doing is so easy then why don't you do it" ... so they did and rubbed his face in it. The first album is all that matters here, so I will give it a 9.