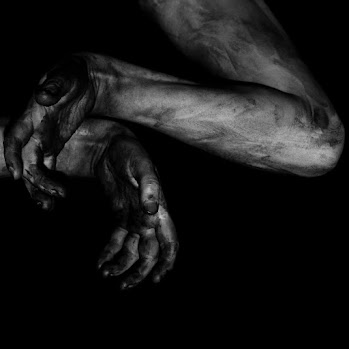 This album starts off in a much more organic fashion than expected. They allow this false sense of security to prevail for over two minutes before beating you into spastic submission. Much more metal in their intentions than say Portrayal of Guilt, I do admire bringing some jazz into the equation which makes some of the mathematics make more since after they step on the distortion. It also makes the heaviness they hit you with easier to digest and reflects back on more musical moments. The vocals are more death metal where other influences are all over the place. Yeah there is grindcore mixed into this ,but the fact they care more about their songs, makes this seem not as dominant a force. There are dark sonic textures to their sound, but they are not as dark as many of their peers when it comes to this sort of thing.

The second song works much like the first where we get this spoken word narrative though the music is darker and more western in feel. Then they get angrier with a staccato blast coupled with more of a yelled hard core vocal.  I like the mood they are creating , not sure if I will be a as much of a fan if this spoken word narrative is going to be a thread that runs through every song. The second song ends in a manner that sounds like a horror movie soundtrack. Then we are back to more of the spoken narrative after " Dead Horse Cavern" starts off with more of a spastic attack. Then they converge into sludge tinged torment. Not as compelling as the first two songs despite the formula varying some. Then the songs get shorter, and I begin to hear them start running into one another on "Noose Gestures' though the song does set it self apart by being both more chaotic and more atmospheric.

"Twitching lapsing"  comes the closet to being overt metal, but even then there is an eerie bleating of horns in the back ground that creates and unsettling dissonance going beyond the normal terrors summoned by metal.  There is more dark and murky atmosphere that lurks like a monster waiting in the shadows. Then the mood is broken by the narrative returning Regardless of the narration not being my thing I can still hear the bigger picture with this album and will give it a 9. Darkness makes up for a lot.