Burn In Hell : "DISAVOWAL OF THE CREATOR GOD" 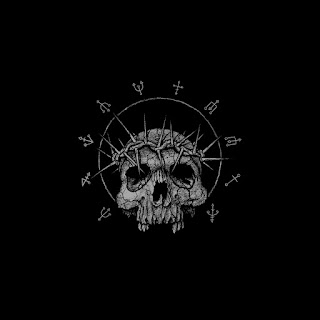 Yes another heavy as fuck band to give Ruin and LLNN a run for their money. These guys have more in common with the latter. Austrailia is not the first place I think of when it comes to heavy music. But the hard core crunch of these guys which is thrown again a crusty storm of death metal is pretty convincing. Only one song breaks the three minute mark and it only does so by five seconds. The second song delivers a brutal beating to your ears but at first it feels like a continuation of the first song so dynamics and the finer points of songwriting could be lost do to the focus on brutality which is where they differ than the first two bands I mentioned who are also excellent songwriters even as heavy as they are.
Yes "Bleach" has one of the heaviest break downs  you will hear all year, but the rule at this site is "cool riffs alone does not a good song make". The minute and a half of noise against samples that is called "Prey" does not do anything to support their case. In more of a grind core fashion they blast back for the minute long temper tantrum called "Deadkkkop". Clever song title but appropriating the problems of the American political machine makes them come across like poseurs. "Disavowal' is the longest song I mentioned earlier. Their is a more deliberate change of tempo and a little more room to breathe, which helps create dynamics that are desperately needed at this point. The growl of the vocals begins to get a little old by the point as well.
There is more of a sense of sonics to "Armageddon" which is what this album needed more of all along as it might be the best song on the album as it is also the most musical even if it is more hammering than the previous song. I will round this down to an 8, as the hype exceeded what they delivered as whole, which is not to say they do not have potential and there were 3 songs that were worth hearing again, though they could stand to expand on some of the sonic touches they brought to life on the last song. If you care more about being brutal than songwriting them you are going to like this more than I did.
Posted by Wilcifer at 6:27 PM