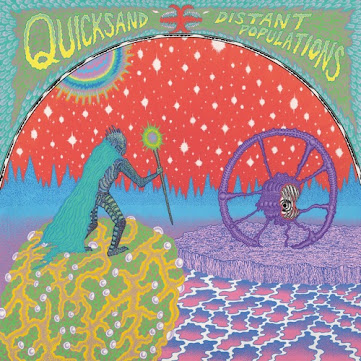 Was not expecting a new one from these guys, but I will take it. They pretty much pick up where they left off though not as aggressive. They do try to hit you with grooves that are just as solid. I like the second song more than the opener as it gives the vocals more room. The same can also be said for "Colossus" . Their vocals are one of their strengths for they set the band apart from their peers. Walter has such a distinct voice that you always know who it is when he sets up to the mic. His voice has held up over the years. They approach groove differently on "Brushed" which feels more like something Janes Addiction would have done. It's odd but works. According to their Wiki, Capone is still absent from the band meaning they are doing all this as a 3 piece.  This could also be why songs like "Katakana' do not have the edge the band once did.

"Missile Command" is really well written, there is a reason it was one of the singles the band led with before the album's release. It is catchy enough but far from selling out.. "Phase 90" gives even more breathing room for the vocals to be more of a focal point. Later in the album "Rodan' reminds me how Walter's voice has always seemed soothing to me. Take into consideration that I have been listening to these guys since the 90s , so there is a sense of nostalgia to when they hit certain sweet spots, but as this song shows there is still room for new adjacent sounds to be included.  They hit a smooth yet more driven melody on "the Philosopher" that does not sound tied down to any musical era, which is more than you can say for the bulk of their peers.

They return to the kind of sinewy palm muted grooves that once found them not far removed from the sonic zip code of "Undertow" era Tool on "EMDR".  This kind of grooving thankfully carries over into the last song as well, though the vocals help out a little more on "Rodan". I will go ahead and round this one up to a 10 because it has already grown on me and there is little in the way of filler, they might not have the urgency of youth in their veins , but they are far more consistent and inspired than the majority of bands from the 90s are today.