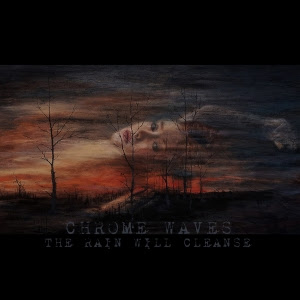 Going into this album I wondered if they were going to return to their metal roots at all. The first song answers that quick with clean vocals that are emotively sung than those on the previous album . They brought a new baa player into the fold and he does drive this song, the drums are more powerful than your average shoe gaze , but all the elements combine create something more akin to an atmospheric hard rock band than scything actually metal. The second song finds a more relaxed introspective tone conveyed by the vocals , while they drums are really the only thing at first to maintain a rock feel. Without question the vocals have improved, they are also pushing this in a less metal direction. It is hard to complain about this at first as the songs are strong , though further into the album the mood is a little more uniform.

"Tired" is more deliberate and while I would not call it dark, it is not upbeat. So perhaps moody, but shy of sullen. The vocals are a little lower and more droning which is also a nice touch. The melodies are subtle , but well done.  "A Future" pulls this off again, though dynamically it stays somewhat close to the ground already covered. The attention to detail in the melodic guitar layered on this one is what sells it as the mood begins to blend.  As I type these words I see I am only midway into a 9 minute song so perhaps speaking too soon, it breaks down into more of a strummed section as the drive of the song ebbs away. Yes the guitar sounds great, but if feels like this part kinda kills the momentum of the song, however I am torn as I appreciate what they are trying to do here.

Another thing I might have liked better about the previous album is the lyrical themes were heavier where the music was not with songs about things like addiction and more despairing topics where these might be colored with the glimmer of hope that I am not sure I want from these guys but perhaps this needs to grow on me in that regard as we have skies turning black and sorrow mentioned  in "Windblown". The melody on the chorus is strong enough to help make the song, I think it is interesting where the vocals sit back in the mix to not make this too commercial sounding which is a good on on their part.  The best moment is saved for last when they remind you that they were once a metal band as the vocals go into screams and growls to break up the singing, it is done in a very dynamic yet relaxed matter of fact manner than makes it no big deal.   I will go ahead and round this one up to a 10. As much as I want it to be harder and darker , I still  can not deny how well done these songs are.