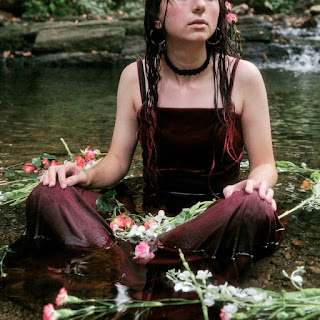 I was going to write if you wanted to hear what Dashboard Confessional would sound like if fronted by a girl , but I think we have already crossed that line with him. There is more of an honest folk feel to the lyrically clever opener. The emo influence is more subtle at first and it is not until the band really kicks into things a couple songs in that it clicks in that way. There is more of a folk rock vibe on the second song, not as biting as say Ani , but not full on emo yet, reminds me more of alternative artists from the 90s who crossed over into radio." Easy" is the most emotive so far and shows an impressive sense of dynamics. Sofia has a strong voice which helps this though, she tends to stay in a similar register most of the time, she just belts it out more sometimes than others. When floating into some of the harmonies she is most impressive.
There is more of a rock guitar tension to "Holding Onto You" . This creates a mood not unlike some of the Police's moodier tunes. Everything falls in place pretty perfectly with this one. There is more of a punk feel, if we are talking about the more Runaways era of punk, with "God's Gift to Women" . So lyrically with have scorned lovers and all the other high school drama that comes with dating. There is a more introspective and thoughtful tone to the lyrics of the title track that transcend the more childish attitudes. Granted that song with fun , this one is just more mature and has more impact.

The last song does not break any new ground and finds them doing what they are good at which to some extent I suppose if it is not broken do not fix it . If this had come out in 1999 , I would have been more impressed. Good songwriting, but is it able to compete with the Chelsea Wolfes and Emma Ruth Rundles of the world ? Perhaps not, but kids in high school still need this sort of thing to listen to since their lives seem so serious right now.  What they have done is solid for the kind of music they are making so I will give it an 8.5