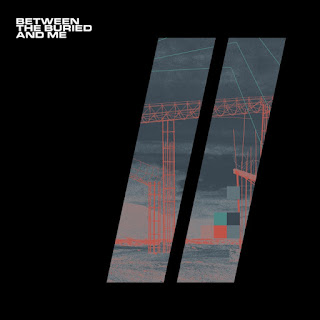 A sequel to a previous album? um ok, this is the band's 10th album. They have really turned from their metal core roots and gone all out on the prog thing. This has more in common with Radiohead than Converge. Though a metal riff does come into play on the first as well as harsher vocals the guitars are just so busy it does not come across as being all that heavy to me. The second song is pretty much just a continuation of the first. It is more straight forward from a metal perspective on the onset of the song. Some of the problem in terms with heaviness is the production. It is too cleanly mixed. There needs to be way more grit in the guitars. This is commonly a problem with this kind of metal. The sung vocal melody that comes in is kind of cool but I am not hearing much that Dillinger Escape Plan does not already do better.  He metal guitars just give you little to head bang with on the first few songs. There is one chugged riff that works well, but not enough to hang the entire song on. The jarring transition is not that jarring as you knew it what coming. The first two songs leave me feeling like they wanted to get back together and just punched a time clock.
There is not question they are good at what they do. Can they play their instruments to great even masturbatory excellence ...yes. Can they write a song that I really give a shit about, well that remains to be seen, I am impressed with the power metal like vocals on "Revolution in Limbo" , thought I would have been more impressed if they hade more balls to them like Judas Priest instead of being more Dream Theater. They answer my previous question and show how they can allow their technical ability to shift into the more latin feeling groove at the end of the song. "Fix the Error" goes from a more jammy sounding thing to metal more along the lines of Chaos AD Sepultura. Which is an improvement over color by numbers metal core. They go back to the jammy part which is less metal but more fun. It is not until the folk metal section two minutes into "Never see" that I realize we are on a different song , so even for all the twists and turns there is a uniformity amid the quirk.
I do like the second part of this song called  " Future shock' and the more traditional classic metal sound to the vocals which are less Dream Theater like here. This spills over into "Stare into the Abyss' which if it was not for the 80s sounding keyboards there would be nothing to tell it apart from the path they were heading on the previous song. It is the first song I have really dug start to finish so far. At "Prehistory" I had to start paying more attention to the iTunes screen, in order to keep track of the song we are on . Things have begun to improve as I appreciate their tribute to Mr Bungle, then on "Bad Habits" they delve into some more traditional prog tropes. |They do prog in a more interesting fashion that is closer to the zip code of past touring buddies Cynic with "the Future is Behind Us" . The more retro synth stylings that have become popular in recent years is a trend they are well aware of as evident on "Turbulent".. Some of this vibe carries over into the following song which has some pretty tasty guitar work and by that I mean in the Pink Floyd sense not pointless wanking.
The fifteen minute closing song is all the excess you might want from this band. It comes across a little heavier than some of the other metal moments on this album. But not as heavy as their pre-2005 stuff. Could they have trimmed the fat and written a better song in 9 minutes , yes.  There we maybe three songs I really dug the rest of the album I appreciated . Some of the prog extravagance might be impressive , but did not always equate writing the best song possible so I am giving this one an 8.
9.3
Posted by Wilcifer at 12:30 PM

Email ThisBlogThis!Share to TwitterShare to FacebookShare to Pinterest
Labels: Between the Buried and Me, Prog metal