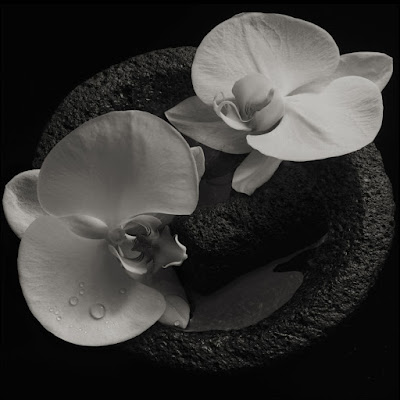 I love Mike Patton when he is locked into an actual song, the large majority of the time. Faith No More , Peeping Tom, Mr. Bungle and Tomahawk are all good by me. Is his voice really being used to the fullest potential or he he just want to make a cinematic  Nick Cave like album? I know Burt Bacharach is an influence and that can be heard here. Aside from some harmony overdubs the  vocals are either spoken  in a low raspy croon. Perhaps sung even less than what Tom Waits does so by the 3rd song the humor is beginning to lose me. He is collaborating here with composure Jean Claude Vannier, who primarily makes film scores. "Cold Sun Warm Beer" is more Mr. Bungle. Higher vocals are in the background. The music is darker and more angular

"Browning" has more of am electric pulse to it.  It moves much more smoothly even taking into consideration the weirdness at the periphery. "Hungry Ghost" sounds like it could be from a 60s Euro trash opera. He does use a great deal of restraint and does not belt these out. The irony is it almost sounds like someone who is just doing what he can to make it through the songs  in a very intentional style , when we know he can knock it out of the park whenever he feels like.  For the title track he goes back into the more spoken thing. The music behind him is interesting. He goes into a more dynamic croon on "Insolubles". It at least sounds like he is trying to sing. There is a theatrical jazz feel to this one. "Top of the World " is more of what you expect from him. He sings more , and declares that he is going to piss and shit down onto the earth.

There are touches of 70s country and American mixed with polka on "Yard Bull" .   "A School Girls Day". Patton narrates this little girls day. The music is more interesting than what he doing. The last song sounds like it belongs in Twin Peaks. At least he croons a little on it.  If you are a fan of Mike Patton then you are going to be up for anything. I am not sure I will be in the mood to listen to this a great deal after summer is over. I will give it a 9 as it is good for what it is, the question is how much of a use to I have for what it is?