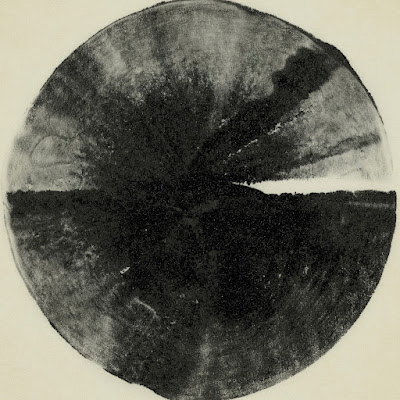 The Swedish sludge lords are back. The opener has a powerful chug that firmly reestablishes their return. The are lots of layers and dark melodies buried with in them. The vocals are the throaty growl, most sludge bands adhere to. The more atmospheric "Lay Your Head to Rest" finds the snarled vocals as the only aggressive elements of the song where everything else is in more of a tense post rock direction. The go in darker and more dynamic directions with the title track. This kind of falls in line with the more brooding moments of bands like Neurosis or even Converge. "Nightwalkers" goes even further into the darkness, with a more powerful drive. The harsher vocals are the dominant force in this narrative, with the guitars building into a more metallic attack,  The guitars have their work cut out for them as , the vocals are rather static so they have to carry the songs.

In the middle of the album is the 15 minute "Lights on the Hill" . It gets off to a timid atmospheric start. Despite the great guitar tones they captured here the first three and a half minutes of this song could have been edited down. When the actual song kicks in the results are pretty powerful.  They fully cross over into the post-rock lane for this one. The angry vocals come in. There guitar still lays back and stays on the more atmospheric side , but with a solo like feel. There is a "No Quarter" vibe to "We Feel the End". "Inland Rain" is even more Neurosis like in the tribal drums and how the guitar hangs back to drone. The vocals are more tortured than what neurosis normally does.  The more chugged riff in the middle of the song is pretty powerful and uses syncopation well.

The album closes with  another long one that has a more metallic groove before wandering off into atmosphere. Not wildly different than the other songs on the album. Not that I am complaining as this one is really solid. My only complaint with the album is the vocals . They get a little tedious, I do begin to get use to them. Over time they are tolerable. The first song they work really well then it's the same thing over and over . I will round this one down to a 9 for this reason. 9 is still better than what most bands can muster.