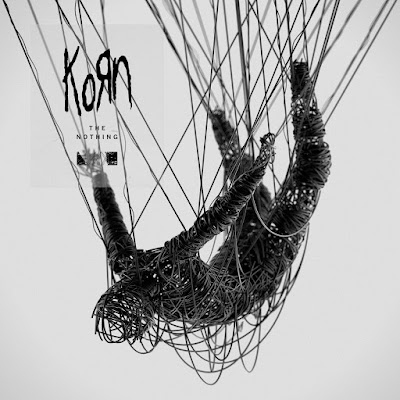 If you assume that I hate Korn, then you think wrong. There first album changed the face of music. I like the first three, but they got cheese laden and bogged down by the nu metal conventions they created. So I go into this with low expectations.  This album borders being metal at all. It opens with bag pipes which is a good sign. When the bass comes in I had to go to their Wiki to see if Feildy is still in the band. He is . In fact it is almost the original line up except for the drummer. "Cold" is a little weird. They kind of go in a more djenty Meshuggah like direction. The chorus is more melodic. The production on this album is odd. The guitars do not feel as dense and the bass needs to be up further in the mix with more balls to them. "You'll Never Find Me" sound more like the band I know them to be. They go a shade darker with "The Darkness is Revealing". Johnathan Davis gets a gold star next to his name , because his voice sounds better than it has in years. He bobs and weaves his melodies with fresh energy around the more typical guitar parts. The only exception to this is some of the growled vocals are iffy.

The vocals once again come to the rescue on "Finally Free" .  It is interesting song writing and unlike Tool they are not afraid to deviate from the tried and true formula and play around with it. This album is not that heavy , but it is well written.  "Can You Hear Me" sounds like it could have been on the "Queen of the Damned" sound track.  It might be the more radio friendly song as well. Though Korn could not neatly fit on today's radio though this song comes the closest.  "The Ring Master" has one of the albums's better grooves. Lyrically he mentions darkness more than I really hear it. This might be the album's best song though. Deeper into the album they default to some of their more common place post- "Follow The Leader " tropes. Sometimes these work better than others. The sense of familiarity is best couple with groove. This is the strength they need to play  to.

"This Loss" has many sounds you are used to hearing from them, but a weird almost gospel section in the middle. I wonder how much Head played in this. Davis' singing voice continues to expand the places it goes here. "Surrender to Failure" is almost more of a ballad his vocal tone softens .Much like the bulk of this album there is a great deal more atmosphere than I am used to hearing from them. This would have served as a better follow up to "Issues" than the direction they went in. This is way better than I expected. I will give it a 9, which is higher than I would expect to give any album released in the past two decades by these guys.

Email ThisBlogThis!Share to TwitterShare to FacebookShare to Pinterest
Labels: "the nothing", 2019 album, 9 album review, Korn, nu-metal