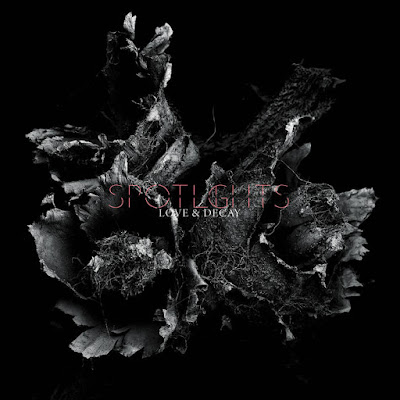 The question I am asking myself upon the 2nd listen of this album is what are these guys doing that Nothing or My Bloody Valentine don't already do. There is a more post rock like atmosphere to the opening track. The drummer has some chops and this is well recorded. Sometimes the guitar has more of an indie rock feel. Sure Nothing also does this , but there is less of a 90s feel to it. I like the groove and the effects on the vocals of "the Particle Noise". The vocals are typical shoe gaze breathy male that tends to fall . The bass tone is pretty burly which gives the bulk of the heft to their sound. There is a little more of an alt rock feel to the guitar of "Far From Falling".  While their sound is dialed in, they are also not shabby in the song writing department and keep things pretty dynamic.

"Until the Bleeding Stops" finds them more firmly in Nothing's zip code. When the guitar solo comes it is clear the are more polished in that department. But guitar solos are not really Nothing's thing. There is more of a grunge feel to "Xerox". Think the Catherine Wheel here, but with more detached and spacey vocals. It's a pretty straight forward song.  There is a little more of a lazy glaze to the haze of sound running through "Age of Decay" which buckles down and has a heavy chug which might be the album's most metal moment. They continue to get more aggressive on "Mountains Are Forever" . The vocal even get more forceful. They are shouted with anger.

The album ends with it's most sprawling song. It combines so interesting elements with a electronic beat against clean guitar. Midway into the song it smooths out into a powerful groove. I will give this album a 9. It wades through the influence of the genre past and present to find itself. The nailed the sound and made them songs.