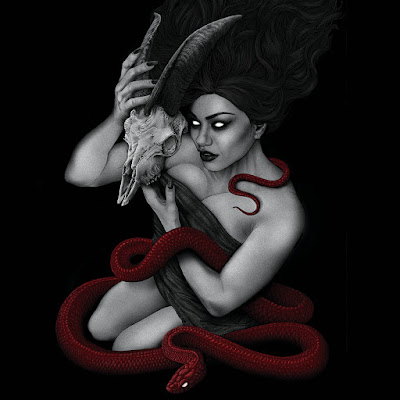 I really liked their 2011 album "Scars" , but every album I have heard from them since has yet to measure up. The title track that opens the album, starts off more metallic then when the vocals come in things get more of a hardcore punk feel. The vocals can be a bit of a one trick pony. They are mid rang e shout that is sometimes accented with a growl. What I need more from these guys are the kinds of riffs like the ones that end "Carnivores".  When they slow down and play things more deliberately it clicks into place better than being rushed. The spoken parts set against the yelled vocals feel like something Pantera would do. The drummer certainly works overtime on this album, When he goes into that really stiff snare pattern that is too punk for me it bugs me a bit.

They find more groove on "Dead To Me". When the bass rumbles in behind the riff it makes me think of S.O.D... that is a good thing. When they are in thrashing mode it is the Slayer like moments that are more notable. Much like death metal just trying to run off anger and aggression only goes so far in terms of dynamics. This is what eventually makes things seem stale by the time i get to "Dying By Design" there is just not enough groove to hook me in .  Even when they slow down for "Seperate Realities" the vocals begin to wear on me.

"Let it Burn" is more thrash than it is hardcore. The chorus has more of the shouted hardcore vocal .  The riff to "Final Division" is pretty fucking mean, but does that mean it can carry the whole song? Well it comes pretty close and the vocals at least work with it to some extent. I will round this down to an 8 and say two things about this album, first off it is a great deal better than most of their post 2011 work. Secondly I do like hardcore , but the vocals are turn off for me, though I can't think of many people who would sat they listen to it for the vocals. This won't get repeat listens from me , but if you are into straight forward thrashing hardcore then this is worth your time. This comes out May 3rd on Relapse Records.