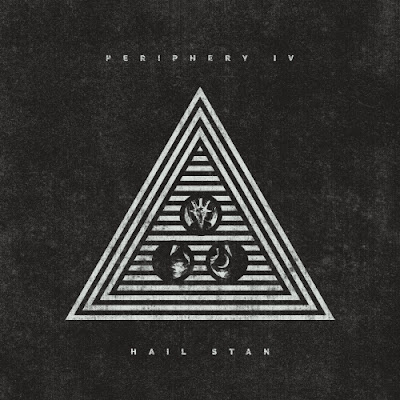 The djent of yesterday is the cock rock of today. Sure there is a side of screaming to go along with it, but don't let it fool you. one of the guys from this band recently said that he no longer listens to current metal. i  can hear that . I can also hear how fans of Devin Townsend would be into this. There is some impressive guitar playing on this album for sure. The vocals are like a less soulful version of Justin Timberlake, n terms how poppy things get. I Think this band's key selling point is the off time chugging they do. It's like Meshuggah lite. Some times these form a more compelling groove. After the guitar parts I would say the drums are the next best thing about their sound. There is a more aggressive sound to "Blood Eagle". They get almost more metal core on  ' Chvrch Brvner" .  The guitar is not very dense, which is where this fails to back a punch and really come across as heavy. These kinds of bands tend to run through rack mounted effects units that thin out the tone. The song ends with a dub step remix...ugh.

On "Garden in the Bones" the vocals are kinda emo and wimpy. The guitars are kinda interesting
even if the chorus builds up like Myspace metal. I do like the kinda of progressive break down mid way into the song. This album feels more like Between the Buried and Me than djent. "It's Only Smiles" sounds like a riff that would be on a Devin Townsend. There is no defending the terrible pop punk vocals that come in verse. This could be the sound of selling out. This is a well written pop song, I guess the question is do you want these guys to be a pop band. In 2019 a little screaming doesn't keep anything from being pop.  The riff that can be called djent surfaces on " Follow Your Ghost". The the vocals are screamed and growled and they are trying to make you lose the taste of the sugary fluff from the previous song. Neither sound being all that original.

I like the groove that opens "Crush" but the song reminds me of Linkin Park. The vocals are on the pop punk side, but not as drenched in sugar. "Sentient Glow" starts off heavy but devolves into radio garbage. "Satellites' gets even worse. They try to shift gears mdway through and pretty much prove the point I made about this being a genre that is the cock rock of 2019. I will round this album down to a 7. It got off to decent start and then with each song this album pretty much went down hill. Don't fool yourself it's more pop than not.